DAVAO CITY – Indonesian President Joko Widodo on Sunday hailed the opening here of a new shipping route linking the Philippine cities of Davao and General Santos to the Indonesian province of North Sulawesi, saying the new connectivity would represent new business opportunities between the two countries.

Aimed at reducing the cost and time of travel from Mindanao’s industrial hubs to the Indonesian port city of Bitung, the opening of the shipping route also came at a favorable time when trade between the two countries has become strong, Widodo said.

President Duterte received Widodo at the Davao International Airport around 9 a.m. Sunday and the two leaders motored to the private Kudos port in Sasa District for the official launching of the new shipping service.

“The launching of the roll-on, roll-off between Davao, General Santos and Bitung is an important milestone. It will cut the amount of time for the transportation of goods between the two regions,” Widodo said in a speech before Philippine and Indonesian officials and business leaders.

“I hope this new roro service represents new opportunities that will foster new businesses for the good of our people,” the former mayor-turned-president said.

Widodo said he was also thankful for the opportunity to visit for the first time Duterte’s home city which he called “a wonderful city and a great region.”

The Indonesian leader then mentioned similarities between his political career and that of Mr. Duterte. He pointed out their similar experience of serving as mayor of a city far from the capital.  Widodo was elected mayor of Surakarta (Solo) in 2005, transforming it economically.

“I, too, when I took office two and half years ago, decided to address our imbalance in Indonesia. Most of Indonesia’s development was concentrated on the island of Java, where our capital Jakarta is.

“Today, most of infrastructure development is focused on the outer regions. We call it building our nation from the outside inward,” Mr. Widodo said. 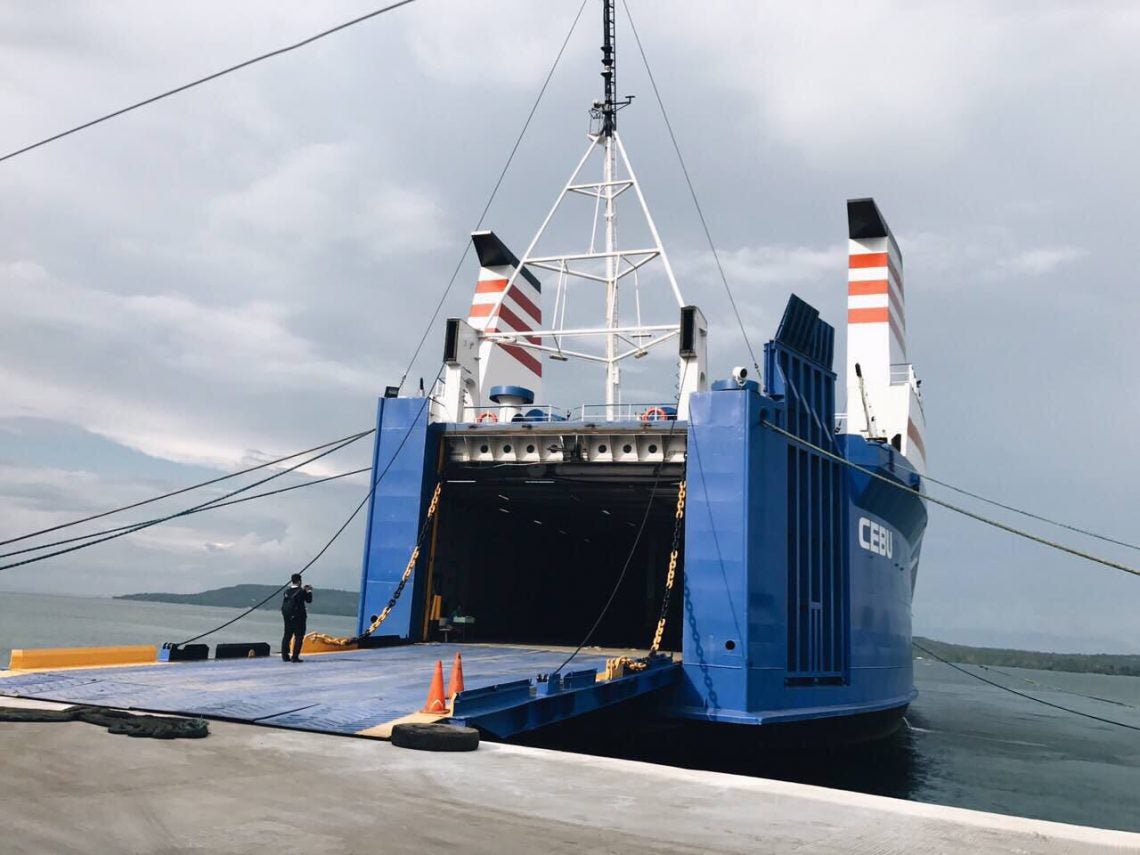 The Davao/General Santos-Bitung RoRo Shipping Service launched on Sunday (Apr. 30, 2017) and is expected to boost trade among the BIMP-EAGA that includes Brunei, Indonesia, Malaysia and the Philippines. (Photo from the official website of the 2017 ASEAN Summit in the Philippines 2017 at https://www.asean2017.ph/new-shipping-route-within-eaga-spur-trading-indo-ph/ )

Widodo was elected governor of Jakarta in 2012 and then president in the 2014 Indonesian elections.

Widodo said he shared views with Mr. Duterte about the need to empower people from the rural areas.

“People in the outer regions are just as smart, just as strong and just as resourceful as the people in the capital. They only need one thing—that is to be given a chance,” the Indonesian leader said.

President Duterte said that with the new trade route to Indonesia, “we reaffirm our ties with each other and commit ourselves to the larger aspirations of the Asean (Association of Southeast Asian Nations) community.”

The route which Mr. Duterte had brought up to Widodo during his visit to Indonesia last year, would be the first of many routes that would form the many international RORO network envisioned by the region’s leaders, the former said.

The route would cut drastically the shipping time and cost of sending goods from and to the three areas in the two countries, officials said. 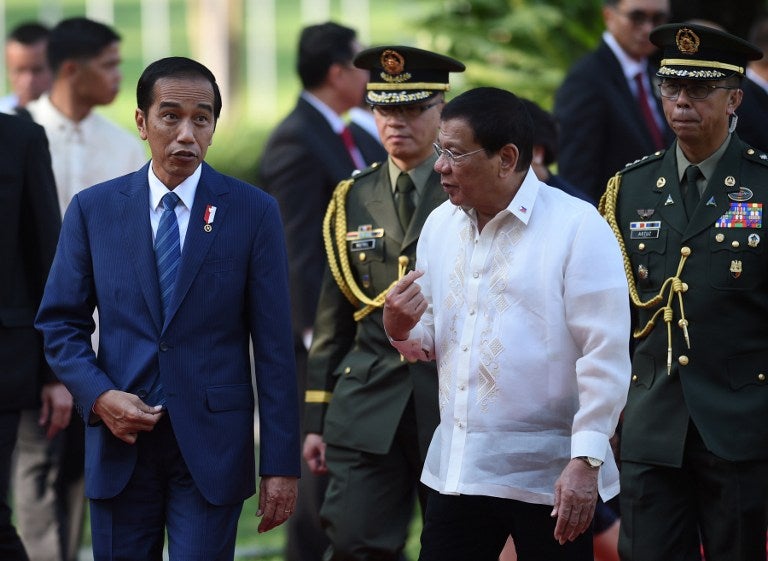 Trade and Industry Secretary Ramon Lopez said the shipping connectivity, which would be served regularly by a Mindanao-based shipping company, would ensure the ease of flow of goods and help micro, small and medium enterprises (MSMEs) in the Philippines.

“We expect an expansion of trade with our Asean neighbors. We are also keen on expanding trade with Indonesia, our ninth major trading partner,” Lopez said.

Trade with Indonesia has grown in double digits in the last five years, Lopez said, with Indonesia, one of Asean’s largest economies becoming the Philippines’ top 40 export market and 8th biggest supplier of imported raw materials and products.

Mr. Widodo said the trade between two countries posted a 30-percent increase in 2016, compared to 2015.

Lopez said the new RoRo route was among the key components of the 2007 Asean economic blueprint, which has been pushing for the transformation of the region into a single market.

Lopez called the region a highly competitive production base fully integrated into the global economy.

After the formal launch during which Duterte and Widodo banged gongs to signal the opening of the new trade route, the 145-meter long, 15, 375-tonnes M/V Super Shuttle Roro 12 steamed out of the Kudos port for its maiden voyage to Bitung.

Owned by Asian Marine Transport Corp., the vessel left for Indonesia carrying 50 20-foot containers of flour of a local milling firm as well as hundreds of empty container boxes that would be used for loading goods on its trip back to Davao, said Kim Pancho, the shipping company’s Davao manager.  SFM