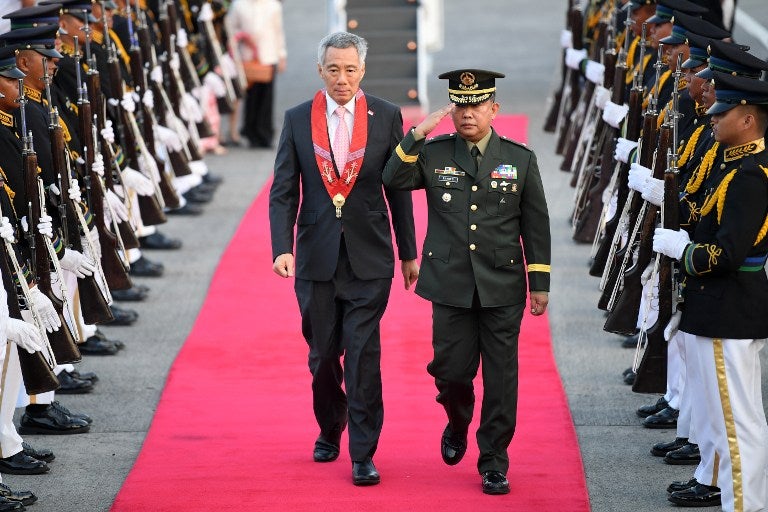 Singaporean Prime Minister Lee Hsien Loong was the last foreign leader to arrive in the Philippines for the 30th Association of Southeast Asian Nations (Asean) Summit.

Lee arrived aboard a government plane at the Ninoy Aquino International Airport (Naia) Terminal 1 at 5:55 p.m. on Friday (April 28).

Secretary Rodolfo Salalima of the Department of Information and Communications Technology welcomed Lee and other delegates from Singapore.

Lee, along with state leaders from the 10-member Asean, will attend the summit that President Rodrigo Duterte will chair on Saturday. (April 29)

In December 2016, Duterte went to Singapore for a state visit, during which he discussed with Singaporean leaders measures on how to boost the two-way two-way trade and investment between their countries.

Singapore is Manila’s fourth biggest trading partner in Asia. The bilateral trade between the two is estimated at $8.8 billion.

There are also 180,000 Filipino migrant workers in Singapore.

“As founding members of ASEAN, the Philippines and Singapore share a vision and a goal of maintaining peace and stability for our region,” Tan said. /atm