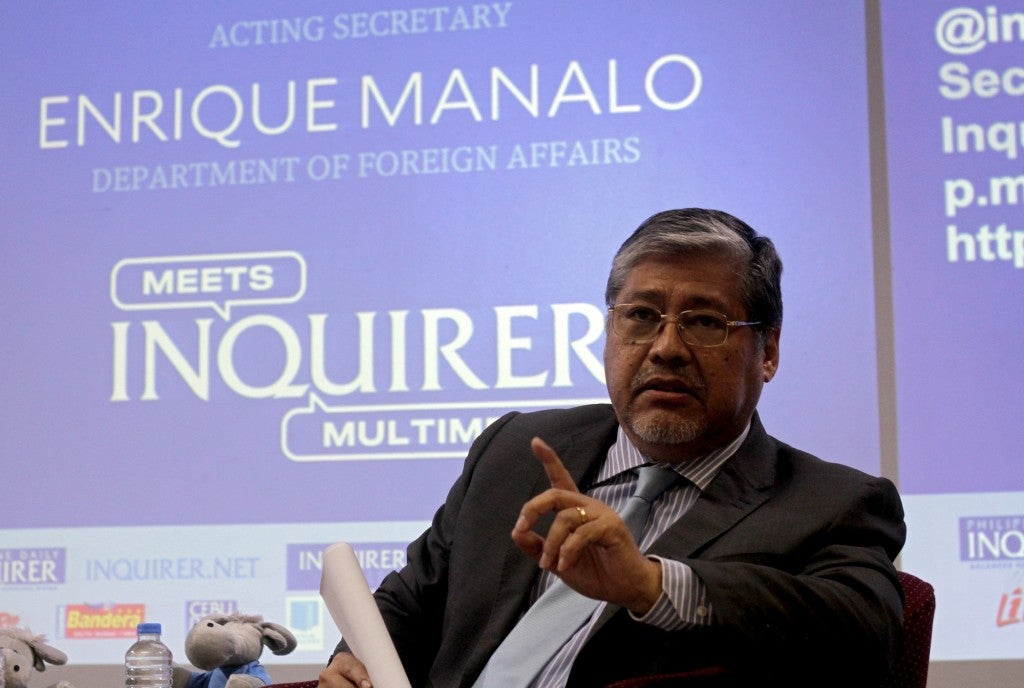 “It’s true the Philippines now, one of our main courses under President Duterte is to finally carry out an independent foreign policy,” Manalo said during the Meet Inquirer Multimedia forum on Tuesday. “Of course this does not mean that the Philippines will be acting alone on every issue.

Manalo explained that the country will face issues that require international action and cooperation such as climate change and terrorism.

“In that respect, we will be working with our partners to advance Philippine interest,” he said.

“You cannot do it alone, even bilaterally. Whatever the issue is — politics or economic — you have to cooperate but it will be guided by our national interest,” Manalo said.

President Rodrigo Duterte early in his term emphasized the need to pursue an independent foreign policy.

Duterte has been vocal about nations deemed to be “meddling” or commenting on the country’s domestic affairs. For a while, he spoke ill against the United States, the European Union and the United Nations.

READ: Duterte: US, UN, EU not brighter than me; I’ll shame them

He has been on friendly terms with China and expressed eagerness to buy weapons from Russia. Both countries have complicated relations with the US.

But Manalo insisted that Philippine relations with US remain strong.

“We are not veering away (from the US). But we’re also reaching out to other countries to see how we can improve our relationship with them,” Manalo explained.

He said the government’s foreign policy is to build stronger relationship with other countries through “mutual benefit and mutual respect.”

“If we move towards one country, it should not be at the expense of another,” he said. “By enhancing relationships with more countries we, in effect, are building more security for ourselves.” IDL