Widodo, Bolkiah to visit PH for talks with Duterte 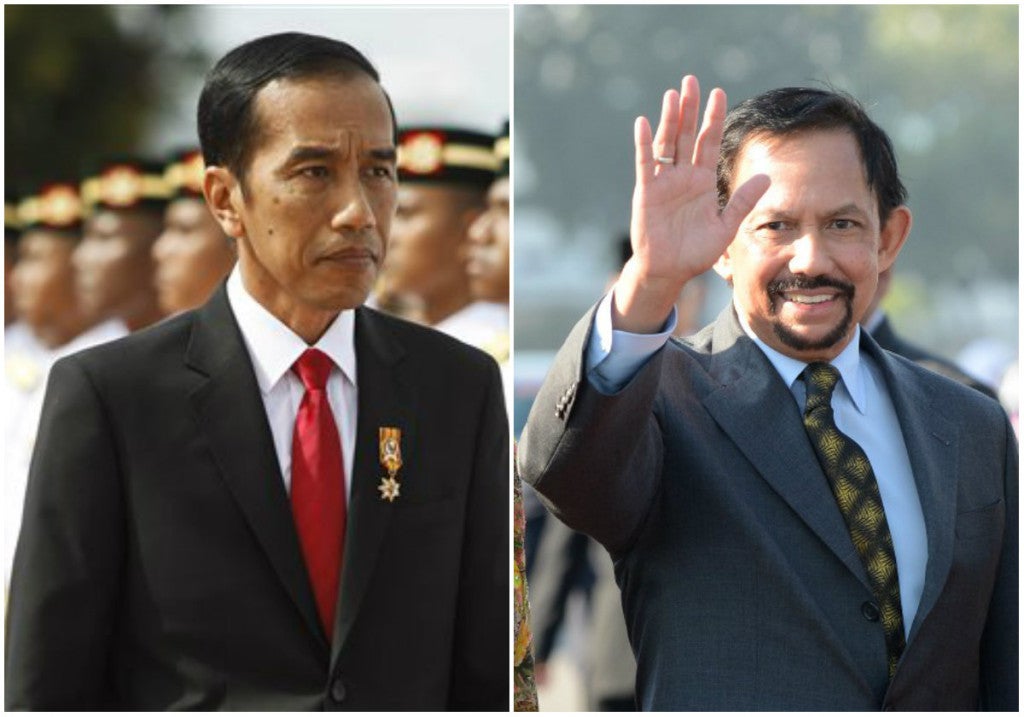 Indonesian President Joko Widodo and Sultan Hassanal Bolkiah of Brunei are set to visit the Philippines this April for bilateral meetings with President Rodrigo Duterte.

Ambassador Marciano Paynor, who serves as the Asean 2017 National Organizing Council director-general for operations, said the two bilateral meetings will happen during the sidelines of the 2017 Association of Southeast Asian Nations (Asean) on April 26 to 29.

“All these happenings [will take place] on the 28th, which will also coincide with the visit, state visit, or bilateral visit of Indonesian President Widodo. I might also add that on the 27th we have the bilateral visit of His Majesty Sultan Bolkiah of Brunei,” Paynor told reporters in a Palace briefing.

Duterte visited Indonesia in September 2016 and Brunei a month later as part of his introductory visit to Asean countries. Philippines is the chairman of the 2017 Asean Summit.

Paynor said the bilateral meetings of Duterte between Widodo and Sultan Bolkiah would likely focus on discussions they had with the President’s visits to their countries.

“I would imagine that security of our sea lanes, cross-border traffic and patrol, agriculture, I think, may be one of the issues that will be discussed with Indonesia,” he said.

Aside from Widodo and Sultan Bolkiah, other leaders of Asean leaders are expected to attend the summit.