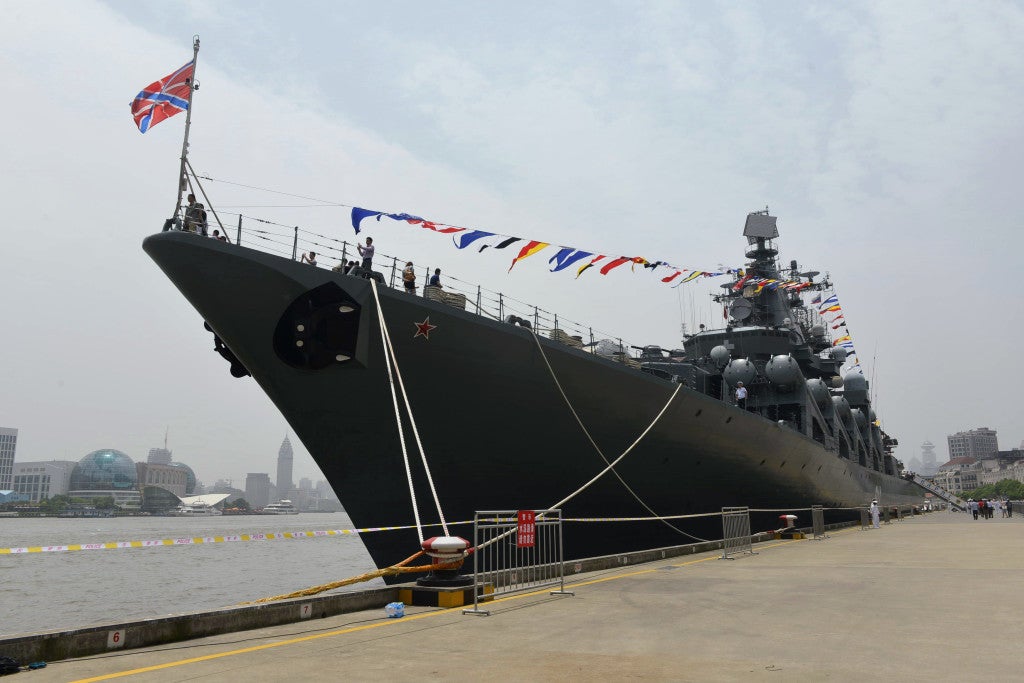 Russian guided missile cruiser Varyag, the flagship of Russia’s Pacific fleet, berths in a port in Shanghai on May 26, 2014. AFP FILE PHOTO / AFP

The Russian Navy’s guided missile cruiser Varyag will be in Manila for a four-day port visit starting Thursday.

This is the second visit of a Russian warship to the Philippines this year as part of the warming relations between the two countries.

Varyag will be joined by sea tanker Pechenga from the Pacific Fleet of the Russian Navy, Philippine Navy spokesperson Captain Lued Lincuna said.

A shipboard tour is scheduled on Saturday at Pier 15 in South Harbor. A concert at the park by the Russian Cultural Dancers and Music Ensemble is set on Sunday at the Luneta Park in Manila.

Russia earlier said it was ready to help the Philippines enhance its military capabilities.

Duterte is scheduled to visit Russia in May to meet President Vladimir Putin. The two first met at the Asia Pacific Economic Cooperation summit in Peru last year. Frances Mangosing/JE