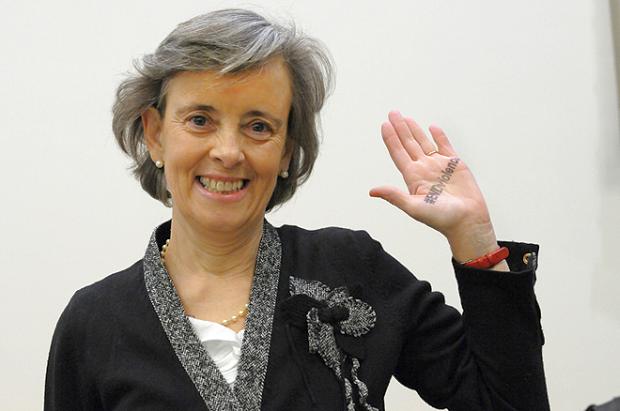 Marta Santos Pais, special representative of the UN secretary-general on violence against children (Photo from the UNITED NATIONS)

Lowering the age of criminal responsibility would give children more contact with the criminal justice system and only increase the risk of recidivism.

This was the reminder Marta Santos Pais of the United Nations to leaders of Philippine Congress.

Pais is the special-representative of the UN secretary general on violence against children.

The House of Representatives’ Subcommittee on Judicial Reforms is drafting a bill to lower the minimum age of criminal responsibility from 15 years old to nine years old. This has raised opposition from child rights protection groups and advocates who maintain that focus should be given instead on a crackdown on syndicates and parents using children in crimes.

The bill would amened the Juvenile Justice and Welfare Act of 2006, which set the age of criminal responsibility at 15 years old.

Last January, Pais expressed her concern over the move to lower that age in letters she sent to Senate President Aquilino Pimentel III and House Speaker Pantaleon Alvarez.

“One of the key lessons from criminological research is that early induction into the youth justice system does not lower the risk of offending,” Pais said. “Rather, contact with the criminal justice system at an early age means that young people will be more likely to offend for a longer period, more frequently and go on to offend when they become adults.”

She added: “Research also shows that lowering the minimum age of criminal responsibility and other punitive criminal justice responses to youth offenders has other negative consequences.”

Pais cited the exposure to criminal networks in detention facilities, as well as to high risk of stigmatization as criminals, violence, and neglect among such consequences.

“The latest research in neuroscience is also particularly noteworthy as it shows that the human brain is not fully developed in its capacity for cognitive functioning and emotional regulation until well into the period of young adulthood,” she said. “In fact, the capacity to distinguish between what is right and wrong continues to develop throughout adolescence,”

Pais suggested diversion and other noncustodial alternatives to reduce recidivism among youth offenders.

Such programs, she noted, had benefitted young offenders who showed fewer tendencies towards violence. They were also, she pointed out, less costly than incarceration.

“The personal price paid by children who become involved with the justice system is high,” he said. “But so too are the costs incurred by society…Indirect costs, such as a child abandoned to a life of crime, may be more difficult to measure as this has long-term ripple effects on the social fabric of communities.”

The UN’s child rights envoy further said: “The strong legal provisions introduced in 2006 on juvenile justice and the age of criminal responsibility constitute a sound basis to build upon and need to be preserved. I am confident you will express strong support to this ethical, normative and evidence-based approach.”

According to Unicef’s Philippine representative, Lotta Sylwander, punishing and jailing children involved in crime would only condemn and damage them for life.

Sylwander said: “The underlying and structural factors that bring about child abuse, exploitation and violence must be addressed first. We need to invest in the full implementation of the Juvenile Justice Law, which is a much commended law. Then there should be support for parenting programmes to deter at-risk children from committing crimes.”

For Dr. Liane Alampay of the Psychological Association of the Philippines: “Adolescents below age 15 tend to act on their emotions, including fear, hunger, peer pressure, threats and desperation, which is why they are pressured to commit crimes by adults, like syndicates or even their parents.” /atm