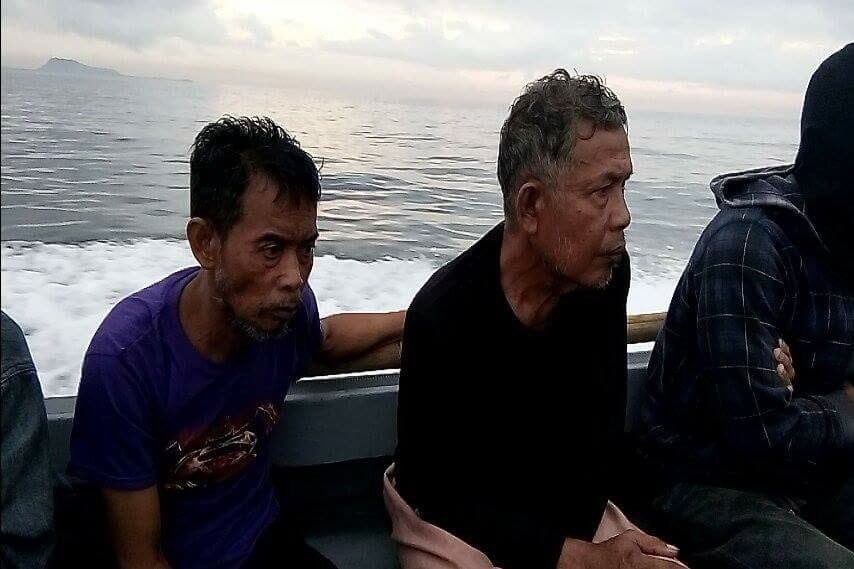 Two Malaysian sailors held hostage by the Abu Sayyaf were released on Thursday in Sulu after almost a year of captivity, the military said.

The Western Mindanao Command said in a statement that Malaysians Tayudin Anjut, 45, and Abduramin Bin Sumas, 62, were rescued in military operation launched by the Philippine Fleet-Marine Ready Force in the seawaters off Kialinggalang Caluang near Pata Island at around 2 a.m.

The two freed hostages were brought to a hospital in Camp General Teodulfo Bautista also in Sulu for check-up and interview.

The Marines launched an operation after they received information that Abu Sayyaf sub-leader Alhabsy Misaya and 30 of his followers were with the two Malaysians hiding at the mangrove area of Barangay (village) Karudong in Kalinggalang Caluang.

Anjust and Sumas were among the five Malaysian crewmen of Tugboat Seruding 3 who were kidnapped in July last year at Dent Haven, Tambisan in Lahad Datu, Sabah, Wesmincom said. IDL