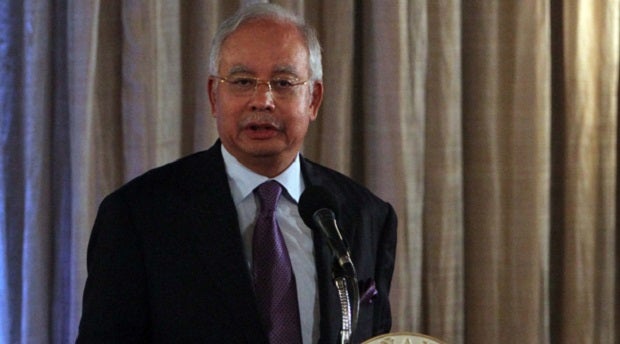 MANILA — Malaysian Prime Minister Najib Razak has raised his “grave concern” over the security situation in Southeast Asia amid the kidnapping activities of the terrorist Abu Sayyaf Group in Mindanao, Malacañang said on Monday.

The Malaysian leader conveyed this as he welcomed representatives of the Duterte administration led by Presidential Adviser on the Peace Process Jesus Dureza in Putrajaya, said Presidential Communications Secretary Martin Andanar.

In their 30-minute meeting, Andanar said Dureza told Najib that President Duterte had directed the military to stem the Abu Sayyaf’s reign of terror during his recent visit in Jolo, Sulu.

“Secretary Dureza assured Prime Minister Najib that the same iron hand will be activated to deal with borders,” Andanar said in a statement.

He said Razak also suggested the “regulation of sea lanes” in the waters between the Philippines and Malaysia “wherein a certain approved sea lane can be used to conduct trade and those that are not approved can be deemed as hostile.”

“Security is a shared concern between the two countries,” he stressed, noting that the meeting between the Philippine delegation and the Prime Minister was “formal yet cordial.”

Andanar said Najib also spoke about the huge potential of Mindanao in terms of economic development as Dureza proposed the improvement of trade relations between the two neighboring countries through the rejuvenation of the BIMP-EAGA, or the Brunei-Indonesia-Malaysia-Philippines East ASEAN Growth Area.

He said the Prime Minister had noted that the “whole mindset (of the Philippine government) has changed with more than half of the members of the Cabinet coming from Mindanao.”

Meanwhile, Dureza informed Najib that the implementation of the Comprehensive Agreement on the Bangsamoro has been successfully launched in Kuala Lumpur.  SFM