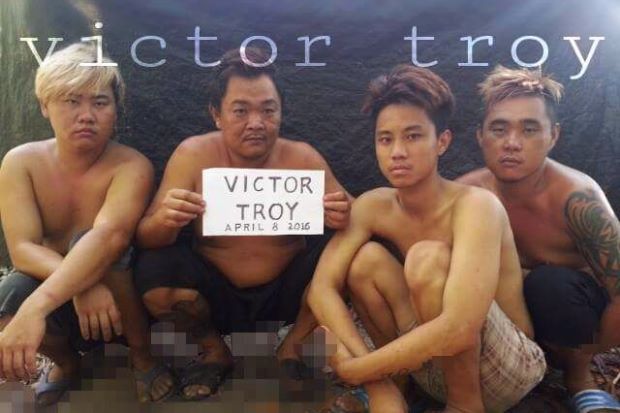 The four sailors seen squatting with one of them holding a piece of paper with the name “Victor Troy” with a date April 8, 2016 written beneath. THE STAR ONLINE

PETALING JAYA, Malaysia– The four Sarawakian sailors kidnapped off Pulau Ligitan in Sabah on April 1 have been freed by their Abu Sayyaf captors.

Reports from Jolo indicated that Malaysian and Filipino negotiators managed to secure the four’s release from the militant group after several rounds of negotiation.

The four – brothers Wong Teck Kang, 31, and Wong Teck Chii, 29, their cousin, Johnny Lau Jung Hien, 21, and Wong Hung Sing, 34, who isn’t a relative – were crew of a tugboat returning to Sarawak from the Philippines when they were seized.

Their captors reportedly demanded an RM18mil ransom for their release.