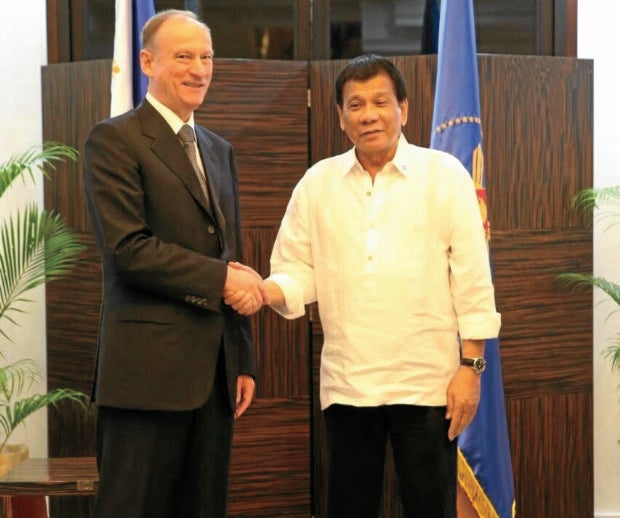 Duterte said Russia made the offer during the visit of Nikolai Patrushev, the secretary of Russia’s Security Council and Vladimir Putin’s top security adviser to Duterte in Davao City on February 16.

“They want to train our soldiers also and initially last night, I committed to send 10 PNP members and 10 members of the Armed Forces,” the President said during a dinner with the Philippine Military Academy “Dimasupil” Class of 1967 at the Baguio Country Club here on Friday.

Aside from security training, Duterte said the Philippines and Russia would also share intelligence database to help fight trans-national crimes and terrorism.

“We have to connect, because not only about weapons but the critical mass of information that we can share with them,” he said.

The chief executive earlier said the government was eyeing to buy “precision-guided” weapons from Russia amid the government’s offensive against Islamic extremists in Mindanao.

The President said he and Defense Secretary Delfin Lorenzana would meet with their Russian counterparts and discuss the possible acquisition of “precision-guided” arms.

Duterte is expected to visit Russia in May. IDL