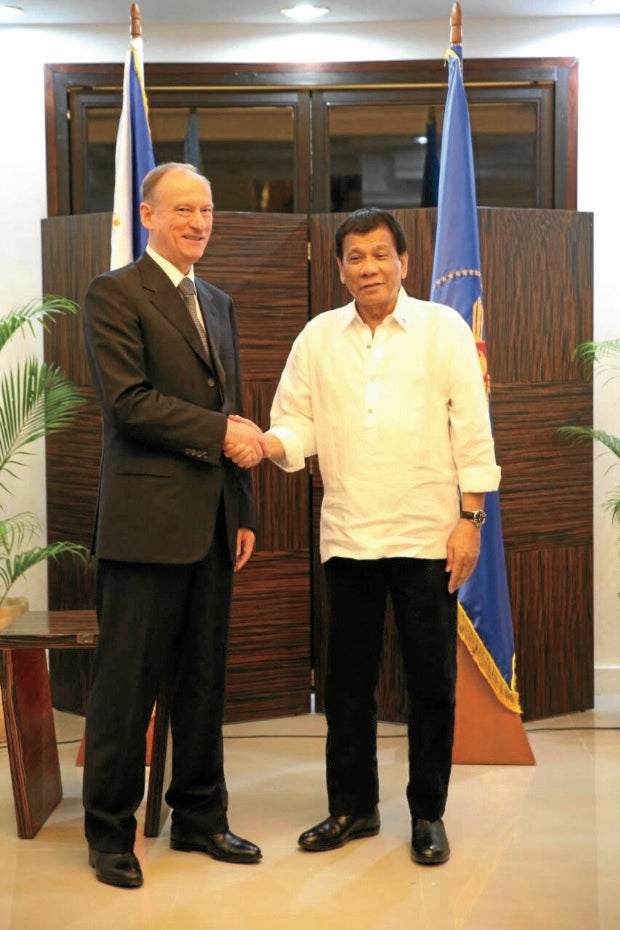 Russia’s top security official on Thursday offered the Philippines access to an intelligence database to help it fight crime and militancy, and training for the elite forces assigned to protect President Rodrigo Duterte.

Nikolai Patrushev, the secretary of Russia’s Security Council and Vladimir Putin’s top security adviser, made the offer during a meeting between Russian and Philippine security officials in Davao City, where he was visiting Mr. Duterte.

Defense Secretary Delfin Lorenzana said Russia had invited the Philippines to join a database-sharing system to help combat transnational crime and terrorism, which he said could help track Islamist militants and their financial transactions.

Agreements to formalize the cooperation are expected to be signed when Mr. Duterte flies to Moscow in May, Esperon said.

“Memorandum of understanding on these fields are being finalized by concerned agencies and are expected to be signed during the planned President’s visit to Moscow,” he said

Patrushev’s trip underlines Russia’s intent to capitalize on a radical recalibration of foreign policy under Mr. Duterte, who harbors resentment of the Philippines’ deep-rooted ties to the United States.

Duterte has made strong overtures towards China and Russia.

The two countries were working on a military technical cooperation agreement, he said.

“We are keen on signing a defense cooperation agreement,” Lorenzana said.