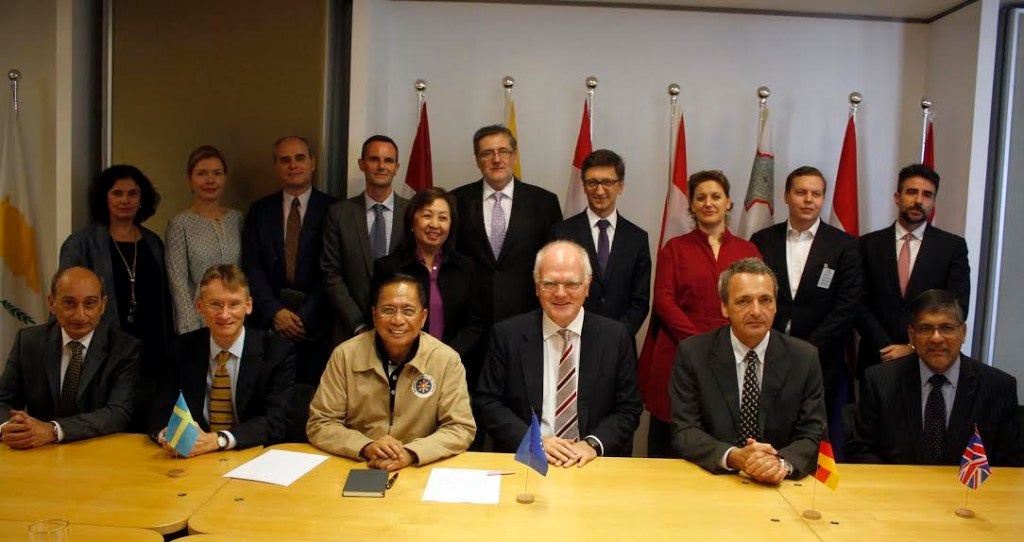 The European Union (EU) on Monday welcomed the official nomination of the members of the new Bangsamoro Transition Commission (BTC) that will be launched this week in Davao City.

“We want to sustain the momentum for the peace process and we enjoin the Philippine Government to continue to ensure that they (BTC) are able to  implement the important step of the Peace and Development roadmap that will delineate an inclusive law for the Bangsamoro,” EU Ambassador Franz Jessen said in a meeting  with Presidential Adviser on the Peace Process Secretary Jesus Dureza  on Monday at the EU Delegation Office in Makati City.

The European Union over the past 25 years has been a key actor in the region known for working alongside the Philippine Government to promote peace, human security and development in the most vulnerable, conflict-affected communities. Currently, more than P 1.8 billion is invested in ongoing projects under different funding tools to provide support to peace in Mindanao through an approach supporting directly the political settlement and longer term sustainable development.

“EU’s DNA is peace and we like to reiterate our reaffirmation of the EU’s longstanding commitment to support peace and development in Mindanao,” Jessen said.

He also said that the EU would continue to support and monitor closely the developments of the peace process with the NDF-NPA saying that “we hope that the Parties could find a common way to retake the path to the peace process soon.”

The EU support to peace in the country provides an additional and meaningful platform to strengthen the EU-Philippines relations, said Jessen.

Meanwhile, Dureza ensured that the Philippine government would pursue its engagement with the EU and its member states to further enhance the bilateral relations as well as to help boost peace and development in the country with particular attention to Mindanao.

In a previous statement, Dureza had said that the release of the appointment papers “would signal the start of the work to come up with an inclusive Bangsamoro law that would truly reflect and address the clamor for a genuine political autonomy for the Bangsamoro people in Mindanao.”