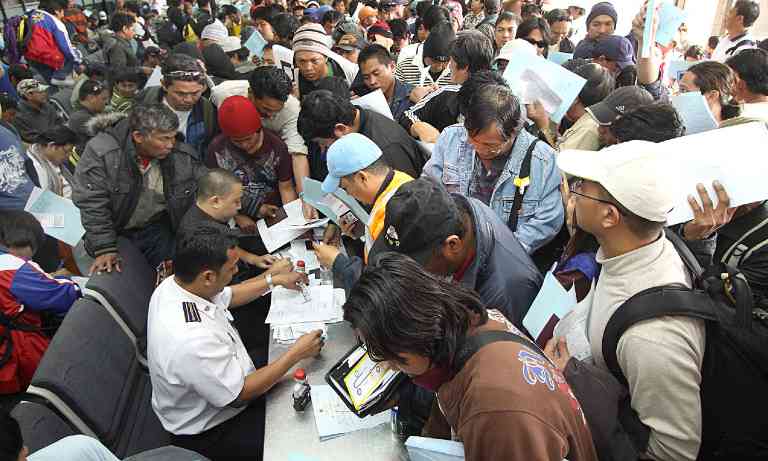 MANILA — For failing to vote in two consecutive national elections, around 200,000 overseas absentee voters have been deactivated by the Commission on Elections after the May 2016 polls.

The Comelec’s Office for Overseas Voting made the announcement as it urged Filipinos based in other countries who were deactivated to register so that they could participate in the 2019 midterm elections.

“We are not so strict in enfranchisement. You only have to go to the embassy and give a manifestation of intent, it is already enough proof of your desire to be reinstated,” said Election Commissioner Arthur Lim.

Lim heads the Comelec’s OFOV, which recorded 1,376,067 overseas absentee voters in the May 2016 national elections.

However, records showed that after the elections, around 200,000 overseas absentee voters were deactivated due to their failure to vote in two consecutive national elections.

“We have to implement the law so we deactivated them.  We cannot avoid doing that because our task is also law enforcement,” Lim said.

Under Republic Act 8189 or the Voters’ Registration Act of 1996, one’s failure to vote in two consecutive national elections will result in his or her deactivation of the right to vote.

This means that the 200,000 deactivated voters were unable to exercise their right to vote in the 2013 and 2016 national elections.

Lim assured the voters the Comelec has been and would be lax in its approach for reinstatement so that a voter may exercise his right to suffrage again.

Earlier, the Comelec resumed its OAV registration for the May 2019 midterm elections last December 1, which will end on September 30, 2019.

The poll body is targeting one million OAV registrants this time, to bring the total number of registered voters at 2.3 million.