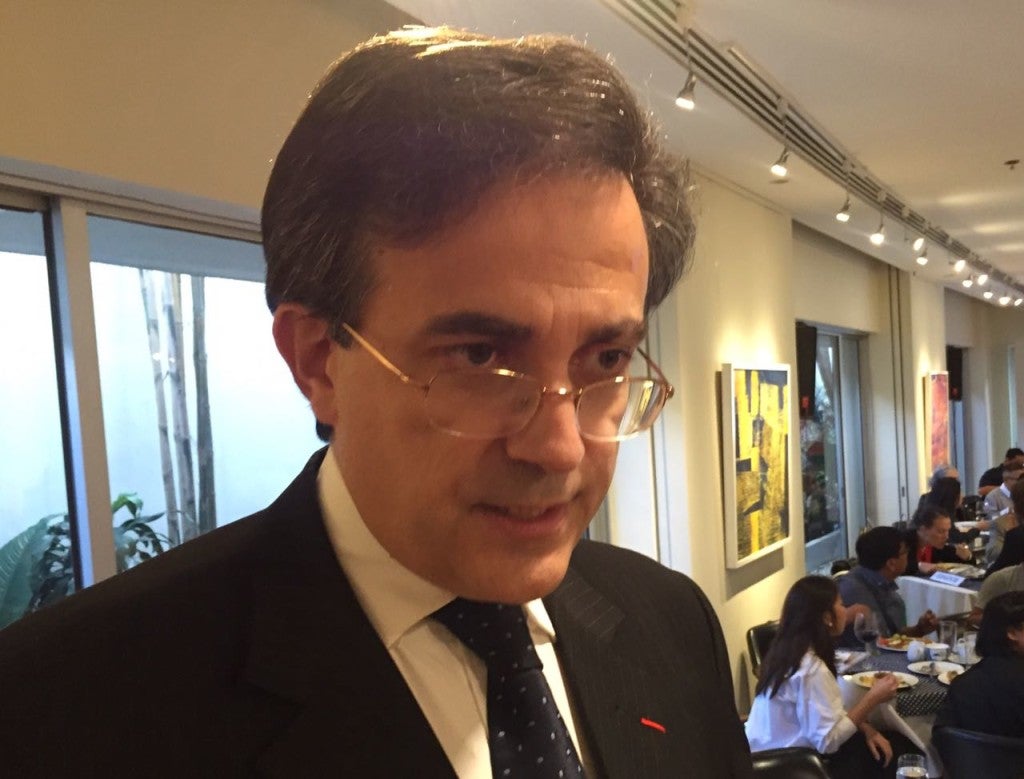 The Ambassador of France to the Philippines on Tuesday said he is hoping that the death penalty will not be restored in the country.

Ambassador Thierry Mathou told INQUIRER.net that he has spoken to some legislators about the proposed death penalty bill in Congress.

“France has been advocating the abolition (of death penalty) everywhere in the world…even in the US,” he explained at the sidelines of the PhilFrance launch, which marks the 70th year of Philippine-France diplomatic relations.

A bill in Congress is set to be tackled in plenary next week.

“We try to express our view very freely with our partners in the Congress…in the administration,” Mathou said. “We hope to be convincing.”

“I am meeting the different members of Congress…of the Senate,” he said, declining to give names.

However, Mathou said that “it will be up to democracy” to determine if the legislation will pass.

He said talking with the legislators was a “demonstration of a real democracy” as some expressed opposition while others showed support.

“I feel that we have a very tense debate at the Senate,” he said.

Mathou said France believes that death penalty is “not efficient.”

The United Nations wrote to Congress last year warning against the reimposition of death penalty. It said the Philippines will violate an international agreement by restoring the death penalty.

It also pointed out that research shows that there is “no reliable evidence that the death penalty is an effective deterrent to crime.” It has also led to wrongful killing of innocent people, especially the poor, the UN said.

Asked what will happen to the two countries’ relations if the Philippines reinstates the death penalty, Mathou said that diplomats do not respond to hypothetical situations.

“At the moment we are involved in advocacy and we will see,” he said, adding that he is confident that the relations between Europe and the Philippines will remain “very strong.”

Mathou was more careful when asked about the summary killings linked to the Philippine government’s anti-illegal drug campaign. More than 6,000 people have been reportedly killed in police shootouts and by so-called vigilante groups. Many are drug suspects while some are innocent bystanders.

“Of course we are concerned and we have expressed our concern,” the ambassador said.

He said it is not their intention to interfere. Instead, he said France is expressing its concern because as friends, the two nations “can talk of anything.”

Mathou did not give details but he said they have already discussed the issue with different agencies and stakeholders.

“It’s an ongoing discussion. This is not only at the bilateral level. It is also in the EU (European Union) level,” he said. JE