Angaris Pawa says Jakatia called him crying at 5 a.m. of Jan. 25 to tell him of her execution on same day
By: Julie Alipala - Reporter / @alipalajulieINQ
Inquirer Mindanao / 04:34 PM January 25, 2017 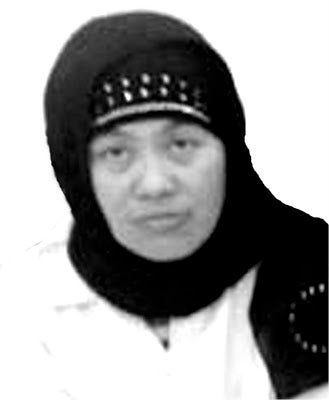 ZAMBOANGA CITY —  Air Force Col. Angaris Pawa said the execution of his sister, Jakatia Pawa, in Kuwait on Wednesday, came as a surprise to them as they were hoping she would be home anytime soon.

“The whole family was so shocked to hear the bad news, and that news even came from my sister, Jakatia,” he said.

Angaris said the heart-breaking news was first relayed to him by Jakatia around 5 a.m. Wednesday.  “She called up and she told me that she was going to be executed at 8 a.m. Kuwait time (1 p.m. Philippine time). We are devastated by this news,” Angaris said but added he couldn’t do anything but tell their relatives of the sad news even if it was difficult for him to do so.

“I know she was crying, we are all crying but she herself comforted us and that she already accepted her fate. She told us that she welcomed her death because she knew she will go to heaven. My sister was innocent,” he said.

Angaris said Jakatia made a second call at 12:30 p.m. (Philippine time) shortly before she was to be executed.

He said she made an appeal to him and their other siblings to take care of her two children.

“Please take good care of my children. They are about to become orphans. Don’t worry about me, I know I am going to paradise because I have not committed any crime,” Angaris quoted his sister as saying.

“It was so sudden, we were not even given a time to spend a day with her,” he said.

Jakatia, who left her husband and two children to work abroad, was accused of murdering her employer’s 22-year-old daughter.

On April 13, 2008, the Kuwaiti Court of First Instance handed her the death sentence. Four years later, her husband was shot to death in Ipil, Zamboanga Sibugay.

After vigorously seeking help from government officials, Angaris excitedly announced last week that Jakatia would be coming home this year.

He said a Kuwaiti human rights lawyer told him when he visited her in October that “my sister was innocent and there was a great chance she would be coming home this 2017.”

“We had so many plans together with her children,” Angaris said.

He said Jakatia even prepared for her “freedom” by taking short courses while in jail.

With news of Jakatia’s execution, Angaris said they were appealing to the Duterte government to help in the education of Jakatia’s children.

Angaris said they were also asking embassy officials in Kuwait to just bury Jakatia’s body there.

“Please don’t bring my sister’s body home. It’s her wish, and it’s our practice to bury the dead within 24 hours of death,” he said.  SFM