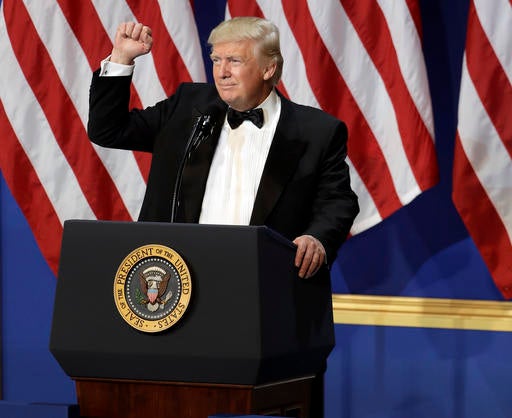 Malacañang and the Department of Foreign Affairs (DFA) welcomed US President Donald Trump’s assumption into office on Saturday.

Trump was sworn in as the 45th US president in Washington, taking over the position held by Barack Obama for eight years.

In a statement, Presidential spokesperson Ernie Abella congratulated Americans for the success of the inauguration and wished President Trump success in the next four years of his administration.

“We look forward to working closely with the new administration of President Trump anchored on mutual respect, mutual benefit, and shared commitment to democratic ideals and the rule of law,” Abella added.

The DFA said in a separate statement that it is looking forward to working with the Trump administration “to continue nurturing the longstanding alliance and broadening the robust partnership between the Philippines and the United States.”

Filipino demonstrators, however, staged protests in different parts of the metro on Friday and Saturday, encouraging the administration of President Rodrigo Duterte to maintain a foreign policy even with Trump’s assumption into office.