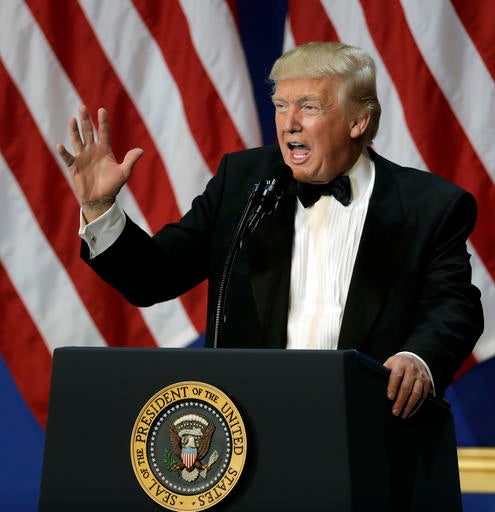 Presidential Spokesperson Ernesto Abella on Saturday said that the Philippines welcomes the foreign policy of United States President Donald Trump, as it “promises a more placid and mutually beneficial relationship especially with long-standing allies like us.”

Abella said in a statement that the country finds resonance with America’s intention to “seek friendship and goodwill and reinforce existing alliances, without imposing America’s way of life on others,” quoting a part from Trump’s inaugural speech.

“Our diplomatic ties need to reflect our long-standing relationship but under terms and conditions that protect our people’s interests,” Abella said.

“While there is a promise of spring US-ward, as an independent and sovereign nation we will expand our collaboration with other friends and partners in the international community, in accordance with the principles of international law,” he added.

Abella said that the Palace respects this pronouncement, as it is “in like manner [that the] national interest is the primary consideration that guides President Rodrigo Duterte.”

He also pointed out that the government’s priority remains to be the common good of the Filipino people and the national interest.

The Palace added it recognizes the “indispensable need” to strengthen relations with allied nations, because prosperity and national well-being rely on these harmonious partnerships as our nation progress. IDL

ADVERTISEMENT
Read Next
PH gov’t wishes Trump success
EDITORS' PICK
Quarantine violations still punishable despite deleted provisions in ‘Bayanihan 2’ – Bato dela Rosa
‘Puno na lahat:’ Metro workers brave lack of public transport, rains on Day 1 of GCQ
Leveling up your ‘lutong bahay’ with the kitchen companion you never knew you needed
Someone from the Philippines can become $356 Million richer this Tuesday
BFP raises general alarm over Mandaluyong fire
Cherry Mobile teams up with Cloud Panda PH, launches online store
MOST READ
‘If I had not been SolGen, I will make you eat your words,’ Calida tells Coco Martin
Quarantine passes no longer required under GCQ, but curfew remains
5 car dealership outlets shutting down
BFP raises general alarm over Mandaluyong fire
Don't miss out on the latest news and information.