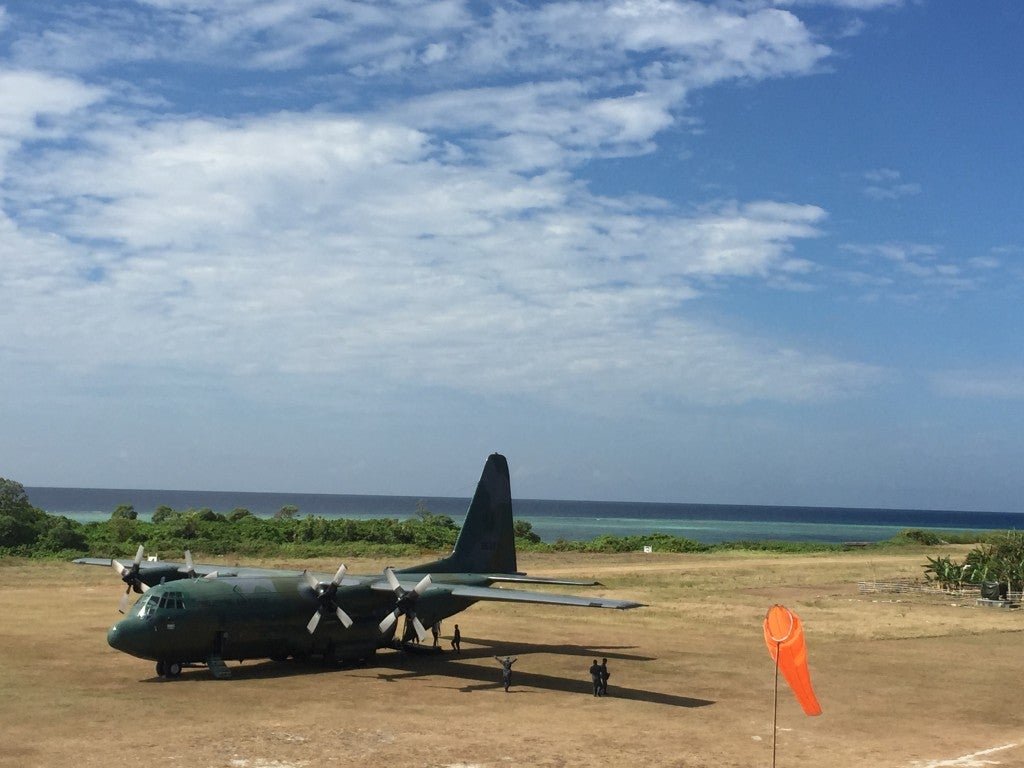 The Philippines’ plans to rehabilitate its eroded airstrip on the Pag-Asa Island (Thitu) in the South China Sea remains on hold for now as the relationship with rival claimant China continues to improve.

“Because of the warming relationship with China, we defer not to make any aggressive action in the West Philippine Sea,” Armed Forces of the Philippines chief Eduardo Año told reporters on Thursday.

The Philippine government under the previous administration planned a repair of the 1.3-kilometer airstrip of the Rancudo Airfield and even set aside P800 million for it.

Defense Secretary Delfin Lorenzana said they would be keeping the “status quo” for now.

The Philippines warmed its relations with China when President Rodrigo Duterte assumed office last year. During the time of his predecessor of President Benigno Aquino III, the Philippine government filed and won an arbitration case against China’s massive claims in the disputed sea.

China has repeatedly refused to recognize the ruling and continued its militarization in the South China Sea. It has built airstrips in Fiery Cross, Subi and Mischief Reefs.

Pag-Asa Island, the largest of those that make up the Kalayaan Island Group and the second largest in the whole of Spratlys, is a fifth-class municipality with about 300 residents and soldiers. The island is located 480 kilometers off the coast of Palawan.

The island was once a military installation that was later opened to civilian settlement. One of the poorest villages in the Philippines, it has an airstrip, a small clinic and a small school. It had also served as the town proper for 34 years as it is the only island in the Spratlys that is inhabited by Filipinos.

Lorenzana plans to visit the troops manning the Philippine detachments in the South China Sea, including Pagasa Island, but details are still being ironed out.