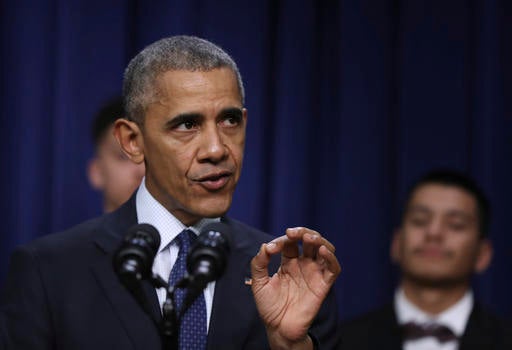 Obama signed Senate Bill no. 1555 or the “Filipino Veterans of World War II Congressional Gold Medal Act of 2015” on Thursday.

It will provide for the award of a Congressional gold medal collectively to 260,000 Filipino veterans “in recognition of the dedicated service of the veterans during World War II.”

The Embassy said the Congressional Gold Medal is “the highest expression of national appreciation for distinguished achievements and contributions in the United States.”

The bill was passed unanimously by Congress after its approval on November 30 by the House of Representatives.

The Philippine Embassy said it is “pleased” that Obama has recognized the service of Filipino veterans.

“This gold medal is a fitting tribute to our veterans’ sacrifice, courage, and strength. From ordinary civilians to defenders of free nations, these men and women deserve our deepest respect and gratitude,” Minister Patrick Chuasoto, Chargé d’Affaires ad interim of the Philippine Embassy, said in a statement.

Chuasoto thanked supporters of the bill — Philippine Consulates General and Filipino communities across the United States, the National Federation of Filipino American Associations and the Filipino Veterans Recognition and Education Project.

“We look forward to having our veterans seeing the actual gold medal as soon as it is minted,” he said. IDL