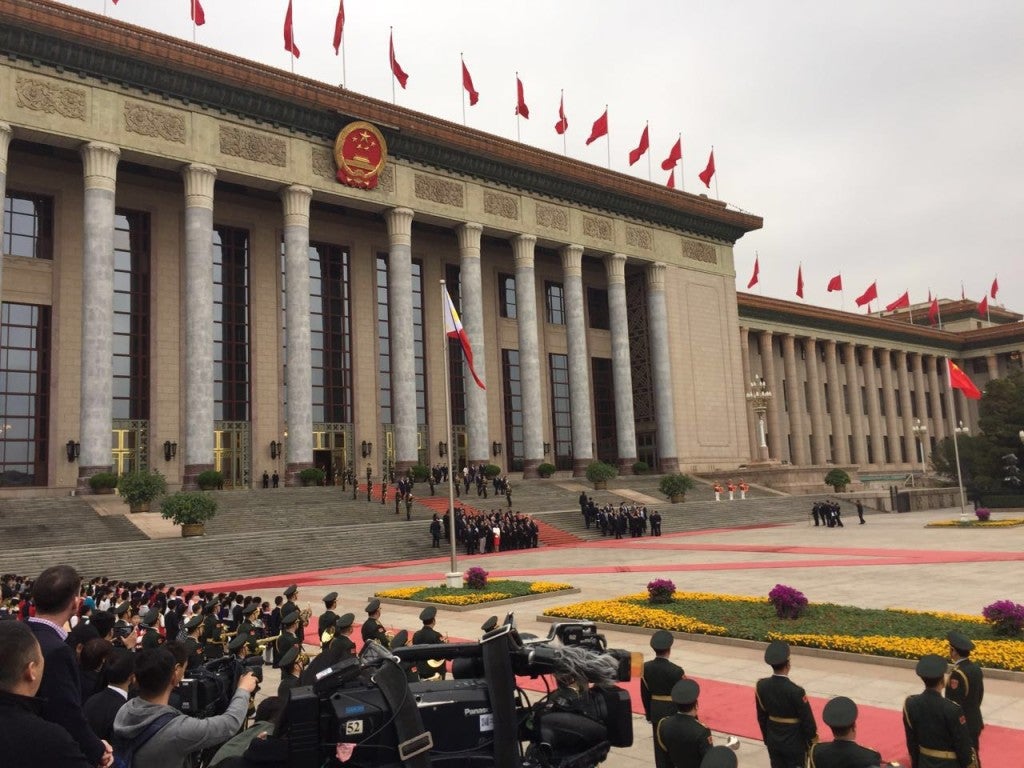 Filipino and Chinese officials take part in the arrival honors for President Rodrigo Duterte at the Great Hall of the People in Beijing in October 2016. JOAN BONDOC/PHILIPPINE DAILY INQUIRER

China has offered firearms deal to the country but the details are still uncertain, the Department of National Defense said on Monday.

“That’s to be determined pa or something like that… Hindi ko masabi kung anong specific (I can’t say the specifics),” Defense undersecretary for finance, munitions, installations and materiel Raymundo Elefante told reporters.

The deal has no schedule yet on when the details will be finalized.

“Wala pang timetable unless na makapunta kami dun (There is no timetable yet unless we go there),” he said.

The firearms will be used by elite fighting units such as the Army’s Special Forces, Scout Rangers and the Light Reaction Regiment.

On Sunday, President Rodrigo Duterte said he has decided to accept an arms deal offered by China and added that these are ready to be shipped.

The weapons are payable for over 25 years.

But Elefante could not immediately identify the provider of the firearms because they are still looking for the “best offer.”

“Mag-uusap pa dahil sabi ko nga sa’yo titignan natin kung ano ang mas magagamit natin (It’s still being discussed because like I said, we will still see what we can use more),” he said.

“Ini-spread out nila ‘yan (They’re spreading it out) to a certain level like 25 years to pay,” Elefante said. JE