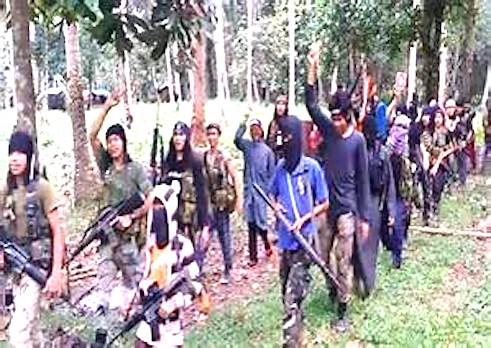 The two were released by their Abu Sayyaf captors, led by Alhabsy Misaya, and handed to Moro National Liberation Front (MNLF) commander Tahir Sali in Indanan.

It can be recalled that MNLF also helped out to negotiate the release of Norwegian captive Kjartan Sekkingstad and other Indonesian hostages last September.

Nazir and Peter were the remaining seven boat crew members of tugboat “Charles” who were taken off the seas of Simisa Island in Sulu on June 22. The five others were freed earlier.

The freed Indonesians were turned over to Sulu Vice Governor Nurunnisa Tan at about 11:30 a.m., who led them to Joint Task Force Sulu Col. Jesus Mananquil at Camp Bautista in Jolo.

Tan said the two would be transported to Zamboanga City and placed in the custody of Indonesian authorities. With reports from Frances Mangosing/SFM