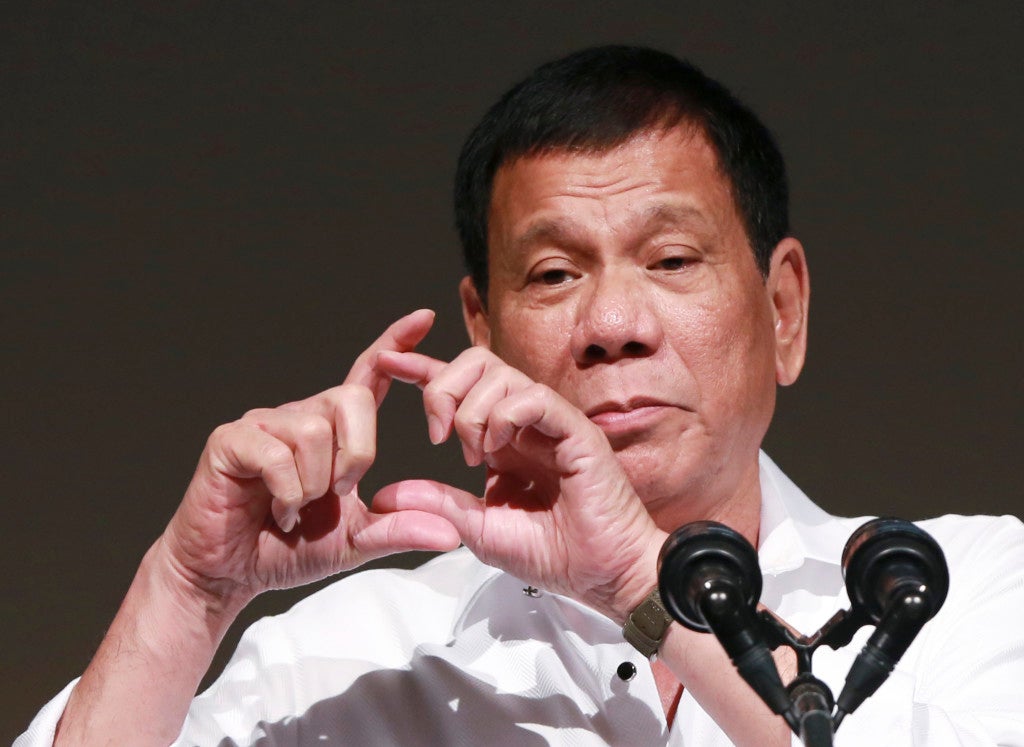 President Rodrigo Duterte would assert the Philippines’ “firm commitment to the peaceful settlement” of its long-simmering dispute over the South China Sea during his two-day state visit to Cambodia.

“I think the President will be reiterating the country’s firm commitment to the peaceful settlement of the dispute and one that is also in accordance with the rule of law,” Foreign Affairs Spokesperson Charles Jose said in a Palace briefing on Friday.

“The South China Sea issue could be raised in the President’s talks with the Cambodian Prime Minister Hun Sen. Maybe under the ambit of regional defense and security issue,” Jose added.

A memorandum of agreement (MOA) on sports was expected to be signed in Cambodia.

Duterte will visit Cambodia on December 13 to 14, a staunch ally of China on its territorial claims over the disputed sea.

Jose said Duterte and Cambodian Prime Minister Hun Sen were scheduled to hold a bilateral meeting, “where they are expected to discuss issues of mutual concern, including defense and security relations, bilateral trade, protection of Filipino-Cambodian migrant workers, and cultural and tourism cooperation, among other things. “

The two leaders, Jose said, were also expected to talk about the Philippines’ hosting of the Asean Summit in 2017, which would coincide with the 60th anniversary of the establishment of Philippines-Cambodia diplomatic relations.

After his state visit to Cambodia, Duterte will proceed to Singapore for a two-day state visit on December 15 and 16.

Jose said Duterte would hold bilateral talks with President Tony Tan Keng Yam “to discuss two-way trade, counterterrorism and the welfare of Filipinos in Singapore, among others.” IDL