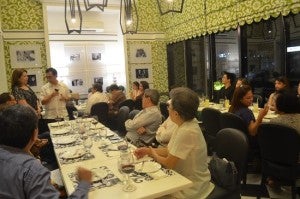 Dinner-time patrons at the award-winning Romulo Cafe in London. WEBSITE

LONDON – Filipino-owned and operated Romulo Café was named the “Most Loved Restaurant in Kensington” at the third annual Time Out Love London Awards held on Thursday, Nov. 14 at The Bloomsbury Ballroom here.

The 70-seater Filipino restaurant, which opened its doors only eight months ago in Kensington High Street, edged out competition from other, more established haunts in the neighbourhood, carrying off an award for London’s best restaurants, shops, bars and cultural venues as voted by the public.

Owned and operated by former senior banker Rowena Romulo and co-director Chris Joseph, Romulo Café garnered the most votes among nine short-listed restaurants in Kensington, a district of the Royal Borough of Kensington and Chelsea, hub of many of the capital’s iconic museums, embassies and the new Design Museum. Among the other restaurant winners were Coya for Mayfair; Dishoom for Covent Garden and The Strand, and The Ivy Chelsea Garden for Chelsea.

The award is a testament to Romulo Café’s popularity among UK-based Filipinos and local residents of Kensington, where it stays open seven days a week including holidays. Among its regular customers are diplomats from the Philippine Embassy, businessmen and professionals including bankers, teachers, nurses, families with children, students, visiting Filipino tourists and generally anyone longing for or wishing to discover Filipino food. 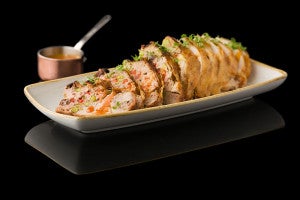 Votes were also a nod to the exceptional skills of Head Chef Lorenzo Maderas and his kitchen brigade, a strong front of house and operations team and much-lauded, elegant yet homey interiors.

The cafe is the first branch of the Manila-based, eponymous family restaurant business launched by Rowena’s sister, Sandie Romulo-Squillantini and husband Enzo Squillantini in 2009. 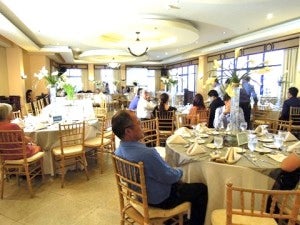 Rowena Romulo said, “My whole family and I are thrilled that Romulo Café has won the Time Out “Most Loved Restaurant in Kensington” award. When we first heard we were shortlisted, Chris and I and the whole team were jumping for joy, and at the awards party, we couldn’t believe a Filipino restaurant like ours could actually be in the running to win in such a competitive field.”

Chris Joseph said, “In London, Romulo Café has become a little patch of the Philippines and we are amazed at the sheer variety of customers we have been able to attract, from walk-ins off the street to corporate groups to visiting and London-based dignitaries and celebrities. Rowena and her family have always said that Romulo Café is a restaurant for everyone and definitely for our fellow Filipinos. This award proves that it is.”

Romulo Café in London is located at 343 Kensington High Street W8 6NW. It is open 7 days a week, from Monday to Sunday, serving lunch, merienda and dinner. The restaurant recently partnered with the Philippine Department of Tourism in the UK to cater for the Philippine Pavilion at the World Travel Market 2016 (WTM London) in Excel London.