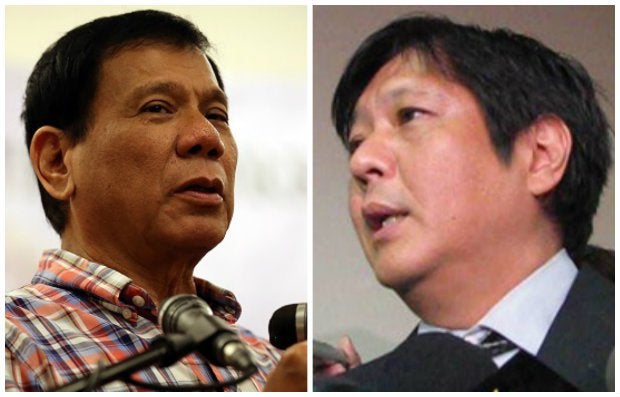 NEW YORK CITY — They came like thieves in the night, furtive, uneasy, like vampires not wishing to be seen in the clear light of day, burying the corpse of the unlamented Ferdinand Marcos. But perhaps it was the wax model that was laid to rest. Persistent rumor has long held that what was on view in the family mausoleum up north was a replica, showing a man who seemed to have died in good health and in his forties, not a man who passed away in his early seventies with a body and appearance ravaged by disease.

The thought did cross my mind, wax model or not, that the piercing rays of the sun would have melted this being who for so long sucked the life out of the nation.

The burial was an act rife with irony.

It didn’t bury the past, it resurrected it.

It hasn’t healed any wounds but deepened them.

The Marcos family and their ever-loyal band of followers have said that this was necessary to erase the divisions that have afflicted the nation. And yet it is so obviously having the opposite effect, putting salt rather than salve on the wounds, and in effect reviving—perhaps resurrecting is a more apt term—memories of state-sanctioned violence and the indignities suffered by the nation when the Marcos regime was in power.

Rather than a step forward into a brighter future, the stealthy burial—approved by a Supreme Court that has proved myopic—has meant a stumbling backward into the abyss rather than moving past it.

Those who would argue that we should just accept this as a fait accompli and go on with our lives have no idea what they’re saying. Such shortsightedness, alas, is no surprise, a quality (if it can be called that) that has consistently plagued our nation.

Of course we need to move forward but how is this desecration of the national memory, this appeasement of one family at the expense of countless families, and more importantly, of a whole country, progress?

To shrug at the burial is to deny history, to denigrate all those who suffered unjustly under Marcos, and thus argue on behalf of the murderers rather than the murdered. And where, in all their pragmatism, is the compassion for a country that suffered under the heel of a brutal dictator?

It is to say in effect that a murderer, thief, and fake war hero, should be allowed not only to go free but also be honored in the bargain. One may be forgiven for thinking that their sympathies might in fact lie with the victimizers, but they are not forthright about it. However much the loyalists have their heads on backwards, at least they make no secret of their sympathies.

President Duterte, conveniently in Peru for an international conference when the body, fake or real, was moved to the National Heroes Cemetery and who pushed for the burial, issued a statement that denied the interment was sneaky, and that the proven facts of corruption, torture, and extrajudicial killings under Marcos were “just challenges and allegations of the other side, which is not enough.”

Hello, Planet Earth to the president. Has he forgotten how the Marcoses were ousted in 1986 by a nation that had had it with a corrupt and abusive government? Is he saying that the two million or more citizens who in 1986 marched peacefully against the Marcos regime and forced them to flee were under some mysterious hypnotic spell?

The president also stated that “whether or not he performed worse or better, there is no study, there is no movie about it.” Interesting logic: had there been a movie, this, it seems, would have swayed him against the burial. In fact, there is ample documentary evidence on the Marcos years, should he care to look at any.

He went on, hoping that “everybody would find a space in his heart for forgiveness.” As for this mantra that we should forgive, well, has anyone of the

Marcos family donned the hair shirt of forgiveness? Have they made any meaningful amends, given back most of what was looted from the public treasury, an estimated $10 billion? Not only have they not apologized, they keep burnishing his image, touting his record, and portraying him as a head of state who did a lot of good for the country.

President Duterte’s shameful role in this travesty reveals that his utang na loob, or debt of gratitude, is not to the people whom he has sworn to serve, but to an oligarchic clan that keeps placing itself above country.

Hail to the Panderer in Chief!

Read Next
Calif. State Senate’s health chair vows to defend coverage gains
EDITORS' PICK
Quarantine violations still punishable despite deleted provisions in ‘Bayanihan 2’ – Bato dela Rosa
‘Puno na lahat:’ Metro workers brave lack of public transport, rains on Day 1 of GCQ
Leveling up your ‘lutong bahay’ with the kitchen companion you never knew you needed
Someone from the Philippines can become $356 Million richer this Tuesday
BFP raises general alarm over Mandaluyong fire
Cherry Mobile teams up with Cloud Panda PH, launches online store
MOST READ
‘If I had not been SolGen, I will make you eat your words,’ Calida tells Coco Martin
Quarantine passes no longer required under GCQ, but curfew remains
5 car dealership outlets shutting down
BFP raises general alarm over Mandaluyong fire
Don't miss out on the latest news and information.