Student reps to Model UN get briefing on PH policies 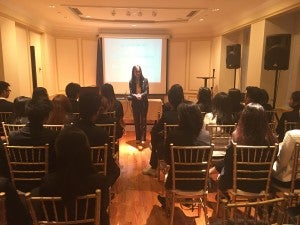 The first part of the briefing was primarily for the benefit of the delegates who will represent the Philippines at the NMUN. It focused on the priorities of the Duterte administration, particularly the law and order campaign, and the 10-point economic agenda.

It also included a briefing on the political, economic and social conditions in the country today. With regard to Philippine participation in the UN, the delegates heard a report on Philippine policy thrusts relating to poverty reduction and social inclusion; environmental sustainability, climate change and disaster risk reduction; and commitment to peace and the rule of law. 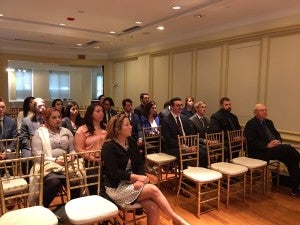 The second part of the briefing was on ASEAN and regional integration. A brief general overview of the region was provided to the delegates, emphasizing the significance of the regional economy and the size of the ASEAN population as a consumer base. The delegates were also given background information about the ASEAN Charter and the three ASEAN communities.

“In the real United Nations, ASEAN is already working closely in articulating and promoting its collective, regional view on vital issues affecting the region and the global community. I would, therefore, also urge you to try to work together as a regional bloc at the NMUN and perhaps, by so doing, create a new ASEAN synergy or dynamic that would become more common in model UN conferences around the world,” Chan-Gonzaga told the delegates, urging them to work together and perhaps deliver a Joint Statement at the NMUN.

The briefing was the first in a series of outreach events being organized by the Embassy during the Philippine Chairmanship of ASEAN. The Philippines has recently assumed the chairmanship of the organization and will host various meetings, including the Leaders’ Summit in 2017. The outreach events are designed to raise the profile of ASEAN in the United States, and among various stakeholders including, in particular, universities and American students.

The briefing was organized together with the Osgood Center for International Studies, which is also an institutional partner of the National Model United Nations.