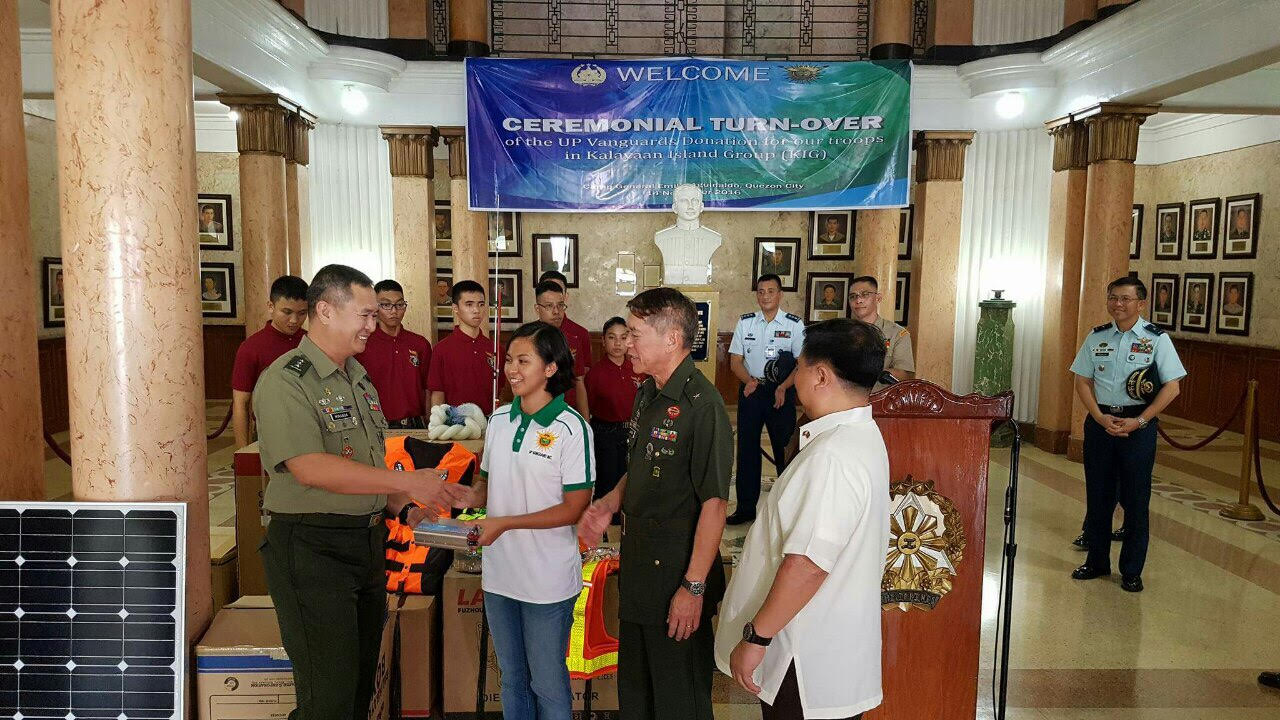 Troops stationed in the Philippine-claimed islands in the West Philippine Sea received an early Christmas treat from the UP Vanguard. The donated items were received by AFP Vice Chief Lt. Gen. Glorioso Miranda at Camp Aguinaldo. CONTRIBUTED PHOTO

Troops manning the Philippine-claimed detachments in the West Philippine Sea (South China Sea) received an early Christmas treat after the University of the Philippines Vanguard donated equipment to show them that they are being remembered.

The items will be airlifted to the soldiers in December.

“We are having a regular visit doon sa (to) Pagasa (Thitu Island) through our military aircraft, isasabay na lang doon (we would carry the equipment during the visit),” he said.

Pagasa is the largest of the Philippine-claimed islands in the West Philippine Sea.

Miranda said that it was a good reminder that the hardships of the soldiers who are staying in the Spratlys or Kalayaan Island Group are not forgotten.

The AFP vice chief said that so far they have not received any unusual reports in the West Philippine Sea.

“Ang bottomline, maayos naman (everything is well). There is nothing to worry about. Tulad nga nito, mga donations na ito, pagbigay doon, lalong ma high morale mga sundalo natin (These donations would boost the high morale of our soldiers),” he said. RAM