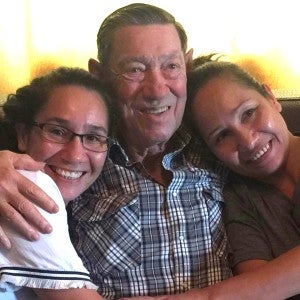 SAN FRANCISCO — “Do you know my father? He is Kemith E. Nelson, an Air Force mechanic in Clark Airbase,” a six-year-old Charon used to ask any Caucasians dropping by Mabalacat, Pampanga. She and her twin, Charol, fetched water near the old railway known as Checkpoint where they had lived as informal settlers for decades. For many years they waited for Americans who could bring news about their father. Nobody came. Until October 20 this year, when the “long lost” American Air Force mechanic arrived.

Kemith E. Nelson, 75, from Cookeville, Tennessee, was assigned in Clark in January 1971. The dashing 30-year-old US serviceman met Alice Rojas, a 26-year-old cashier and cook in a bar.

“We lived together until she gave birth to the twins. I signed their birth certificates and acknowledge them. I had no intention to abandon them. I just lost contact,” Nelson explains.

In 1972, when the twins were just 10 days old, Nelson’s tour of duty ended. He left his family unsure of what the future would be. Back in the United States, Nelson thought of his twin daughters. He called Alice several times. His phone calls were unanswered. Alice had left their place.

In America, Kemith married Faye, who knew about the twins. After three years, the Nelsons received letters and pictures of them. The letters signed by Alice asked for support. This sparked hope of reconnecting with his daughters.

Charon and Charol were the image of typical American babies — cute, brown-haired, with large brown eyes. Unknown to Alice, her employer’s sister was using the twins to extort money from the Nelsons. Fortunately, they did not know where to send the money. Alice eventually got married and settled in the Visayas. The twins’ stepfather treated them liked his own. But this did not last long. He was murdered and left two baby daughters.

After the murder, Alice and her kids moved back to Pampanga. Charon worked to help her mother while Charol took care of the two younger sisters. The twins stopped schooling to fully support their younger siblings. 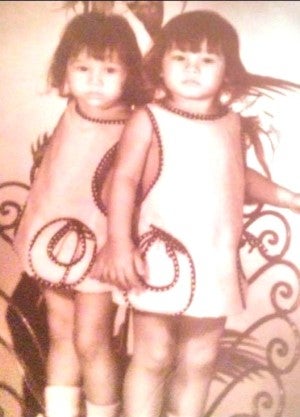 The twins, Charon and Charol Nelson, taken when they were two years old. CONTRIBUTED

“It was difficult growing up. No father to run to when I was hurt or bullied. Although there are many Amerasians here, we still feel left out. People call us names. Putok sa buho, tisay, kung anu-ano,” says Charon.

At the age of 13, Charon went to Japan with a fake passport to become a cultural performer and model in clubs to get them out of poverty. Despite this she doesn’t blame her mother.

Hi, this is Dad

In June 2013 Charon browse through Facebook, hoping to find their father. There were many Nelsons. Knowing his location, she contacted Joe Nelson, a cousin of her father. Charon’s half-sister, Faye, who now lives in Florida, also called Nelson as Joe did, but he refused to communicate.

In 2016 Charon became a member of Amerasian Children Looking for Their American GI Fathers, a Facebook group created by Paul Wickman, Erik James and John Guerrera whose purpose is to help Amerasians find their fathers.

Faye became Charon’s Facebook friend. They chatted and made video calls almost every day. Kenny, the Nelsons’ son also spoke to Charon. On April 14 Charon received an unexpected message: “Hi, this is Dad. I’m glad you’re okay.” Since then, they have constantly communicated. It turns out Kemith Nelson has lung cancer.

“The more I knew their story, the more I realized that we needed to see them soon. I was always worried about them even if I haven’t met them. It was like there is already a connection. So we decided to go,” says Faye, looking lovingly at Kemith.

On October 20 Kemith celebrated his 75th birthday with her daughters. Charon and Charol finally had a father.

The Nelson couple wants the twins to come to America, to give what is due to them as American citizens. According to Charon, the Filipina caseworker at the American Embassy asked for “impossible documents” such as photos of their mother when she was pregnant and her marriage certificate. Allegedly, she even asked if Nelson was “an American citizen.” 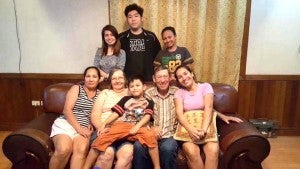 Nelson sent several original documents such as social security card, driver’s license and even elementary and high school diplomas. Despite the documents, their visas are still being “reviewed.”

“They are Americans. There are Guatemalans, Mexicans, Puerto Ricans, etc. in America. Why can’t they give visas to these girls?” Faye says.

Despite this, Charon advises Amerasians to keep on hoping and open their hearts to anything that might happen, including being accepted or disowned by their fathers.

“The future is to know and be accepted by our fathers. It is important to have closure in our lives, ‘knowing’ who we really are,” Charon says.

Kemith says that Americans who fathered children must be brave enough to accept them and take responsibility. The United States government must act immediately to address the problems of the Amerasians.

Kemith and Faye left the Philippines on November 8, hoping to be with the twins for good, soon.