In the big cities, some people are still walking around with sad, long faces. Trying for the stiff upper lip. Like Brexit.

Or trying to keep smiling. Like when Mar Roxas lost. Though maybe that was a half-smile for Leni Robredo.

Less than 24 hours after America got Trumped, the country is getting used to the idea that the tycoon-turned reality TV star is about to become the most powerful man in the free world.

“I am extremely happy,” Dr. Roy Flores told me.

He’s a Filipino American immigrant who studied medicine at University of Santo Tomas, but who practiced medicine in America since the ‘70s. Now he’s at the Cleveland Clinic in Ohio. 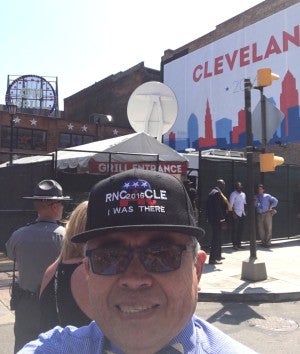 Dr. Roy Flores, an immigrant who attended medical school at the University of Santo Tomas, has practiced medicine in the rust belt since coming to America. He is a staunch Republican and elated by the Trump victory.

I became acquainted with him during the campaign. Always a staunch conservative, Flores didn’t hesitate to support Trump when he won the nomination. Nor did he waver when Trump said outrageous things about Muslims from other countries like the Philippines, when then candidate Trump suggested extreme-vetting of immigrants from the archipelago.

Nor did Flores waver after the lackluster debate performances or the sex tape revelations, which everyone thought was “game over” for Trump.

Instead, he held steady though admitted to me, “I think Trump will win Ohio, but will lose the election.”

But when I got in touch with Flores the morning after the election, he was practically giddy.

“I am extremely happy,” he told me. “I would have moved to Canada if Hillary won. I would be happy if all those Hollywood characters migrate to Canada as they threatened to do so if Donald becomes president.”

Flores had the thing that Hillary Clinton couldn’t overcome. Hillarophobia. An irrational fear of Hillary.

She was probably the most qualified person to run for the presidency ever. She was poised to make history as the first woman president. She was universally loved two years ago when she announced her candidacy. But this spill over from her days as First Lady, when the right wing vilified her, came back with a vengeance when the e-mail issue came up. She was cleared by the FBI. Then un-cleared, then cleared again less than a week before the election.

But this wasn’t about emails.

This was simply Hillarophobia. Combined with some sexism.

And then topped off with the other thing that no one got right: What people think in the so-called rust belt states, the middle part of the country in states like Michigan, Wisconsin, Ohio and then just below, in Iowa and Missouri.

It’s the Midwest, made up of regular folks in non-glamorous middle class pursuits, making a living if their job hasn’t been shipped overseas. They’re hanging on or trying not to get left out.

Mix in a few well to do anti-tax fiscal conservatives, a few gun-loving, Christian based voters, and you have an odd coalition.

In fact, politicians and their pollsters, and the media apparently, don’t really know these people at all.

But Flores lives in Ohio, the middle. He sees these people all the time.

And when I talk to the doctor about politics, I know where he’s coming from because I spent some time in the middle of the country. Even now I live in what I call “the red part of the blue state,” and I know what people who are forgotten and haven’t been heard from feel like.

So I know what Flores is thinking.

And yet, we probably disagree on many things. But we talk. And we respect each other.

And that’s the way it is for the country. Half are thrilled like Flores. Half need grief counseling.

We all need to talk to one another.

We’ve heard from Donald Trump. He made his acceptance speech early Wednesday morning, after Clinton called him to concede. And whatever you think about his sincerity, he did follow prompter and say a few words with an attempt at grace.

“We owe her a major debt of gratitude for her service to our country,” Trump said. 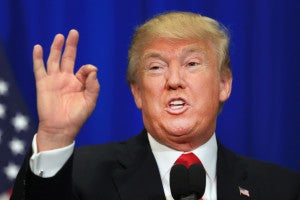 And then he made a pledge: “Now it’s time for America to bind the wounds of division. We have to get together. To all Republicans and Democrats and Independents across this nation, I say it is time for us to come together as one united people. I pledge to every citizen of our land, that I will be president for all Americans and this is so important to me.”

Trump said his candidacy was a movement.

“It’s a movement of hardworking men and women who love their country and want a better brighter future for themselves and for their families,” Trump said. “It’s a movement comprised of Americans of all races, religions, backgrounds and beliefs, who want and expect our government to serve the people, and serve the people it will.”

OK, it sounds inclusive. Is it?

“It’s going to be a beautiful thing,” Trump said. “Every single American will be have the opportunity to realize his or her fullest potential. To forgotten men and women of our country will be forgotten no longer.”

The forgotten turned politics upside down and stunned politicos.

It was a different set of forgotten. Not the people of color who felt buoyed by Obama, but didn’t show up for Clinton in the same way.

But many of those Obama supporters are wondering if in fact Trump even sees them on the same team after some of the hateful and disrespectful things said on the campaign.

Is a border call coming? Mass deportations? A ban on Muslims? The end of the deferred action plans for undocumented?

Is it a return to pre-Civil Rights America?

Trump’s forgotten are those in the middle of the country, mostly white.

Nixon called them the “Silent Majority” in his day.

Dr. Roy Flores, the Thomassian doctor is among them.

Emil Guillermo is a journalist and commentator. Contact: http:www.twitter.com/emilamok