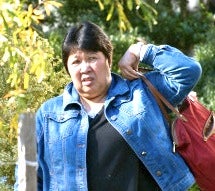 SAN FRANCISCO — A Filipina housekeeper appears to be caught up in the email controversy that dogged Hillary Clinton and her failed campaign for the US presidency.

As secretary of state Clinton reportedly asked as a matter of course her Filipina housekeeper, Marina Santos, who had no security clearance, to print out sensitive government emails and documents from her house in Washington, DC, emails and FBI memos show, according to the New York Post.

Santos took care of Clinton’s DC residence, known as Whitehaven. Clinton would first receive highly sensitive emails from top aides at the State Department and then request that they, in turn, forward the messages and any attached documents to Santos to print out for her at the home.

Among other things, Clinton requested that Santos print out drafts of her speeches, confidential memos and “call sheets” or background information and talking points prepared for the secretary of state in advance of a phone call with a foreign head of state.

Santos was never subpoenaed during the email investigation that cleared Clinton.