PH Coast Guard to ‘test the waters’ in Panatag Shoal 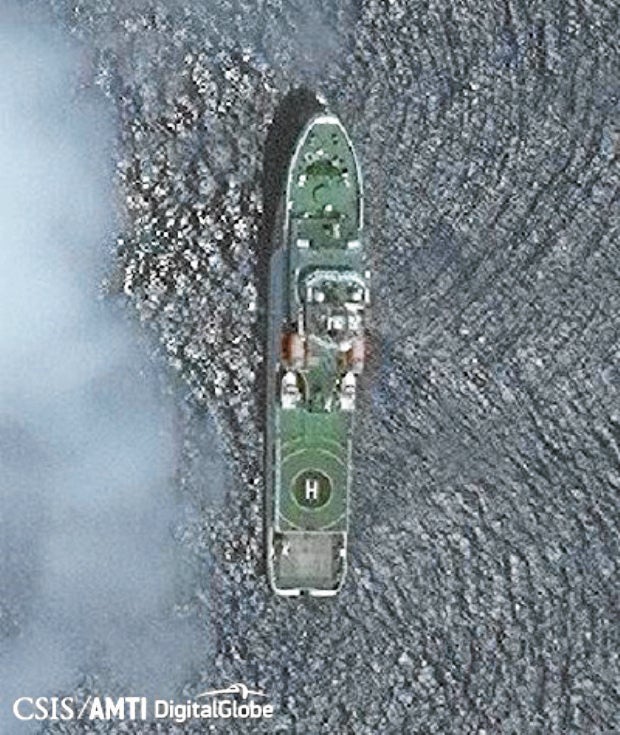 CHINESE PRESENCE A Chinese Coast Guard ship is seen near the disputed Scarborough Shoal in this aerial photo provided by the Asia Maritime Transparency Initiative.

The Philippine Coast Guard (PCG) will start to “test the waters” in the disputed Panatag Shoal (Scarborough Shoal) in the West Philippine Sea as it resumes its sea patrol on Thursday.

In an interview in Malacañang, Transportation Secretary Arthur Tugade said PCG will return to the disputed sea despite the continued presence of the Chinese Coast Guard.

Asked whether the PCG expects a clash with their Chinese counterparts, Tugade said: “That is farthest from our mind right now.”

He said the return of the PCG to the disputed sea was part of “roving, inspection and testing the waters.”

Days after President Rodrigo Duterte’s state visit to China, Filipino fishermen claimed they were able to enter the Panatag Shoal on Wednesday without interference from the Chinese Coast Guard, which had been blockading the rich fishing ground since 2012.

Hua said Beijing made “proper arrangements” regarding the Scarborough Shoal after Duterte raised the issue in “private talks” with Chinese authorities during his state visit. RAM