Dela Rosa: PNP can't depend on US forever | Global News

Dela Rosa: PNP can’t depend on US forever 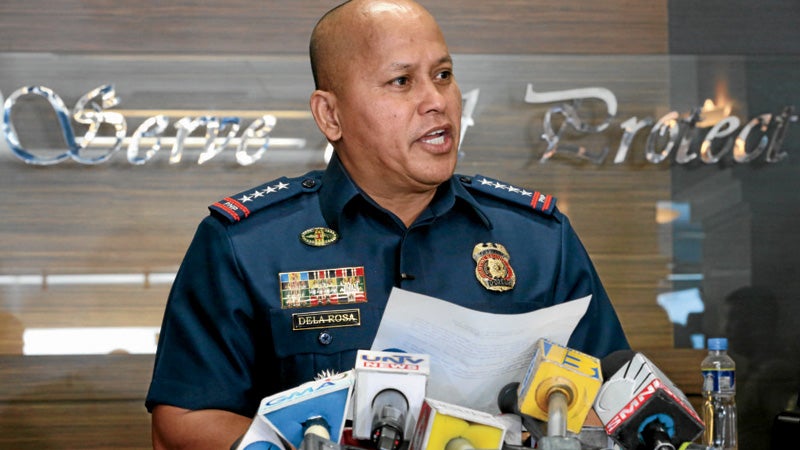 The Philippine National Police (PNP) could carry out its mandate even without the support of the United States government, PNP’s top cop Director General Ronald “Bato” Dela Rosa said on Thursday.

If it came to a point where the US would entirely stop providing support to the PNP, Dela Rosa said they were prepared to stand on their own.

“We cannot be forever dependent on them kung ayaw nila sa atin talaga. Alangan naman, sinisipa ka na tapos gagapang ka pa? No, you have to stand up and be yourself,” Dela Rosa said in a press conference at Camp Crame.

But the police chief expressed confidence that the supposed rift between the Philippines and US government remained at the level of national leadership.

The FBI has been providing specialization trainings to selected members of the PNP.

Pushing for an independent foreign policy, President Rodrigo Duterte has threatened to end the military and economic ties of the Philippines with the US.

Recently, reports surfaced that the US state department had stopped the planned sale of some 27,000 rifles to the Philippine police citing concerns on alleged human rights violations in the country amid the Duterte administration’s bloody war against drugs.

But Dela Rosa clarified the reports, saying the procurement of the PNP with the US-based supplier was still in effect.

Sig Sauer Inc. had written a letter to the PNP confirming that the licenses for the 27,394 M4 rifles were being processed as normal.

US stops sale of assault rifles to PNP

Duterte turns to Russia for rifles