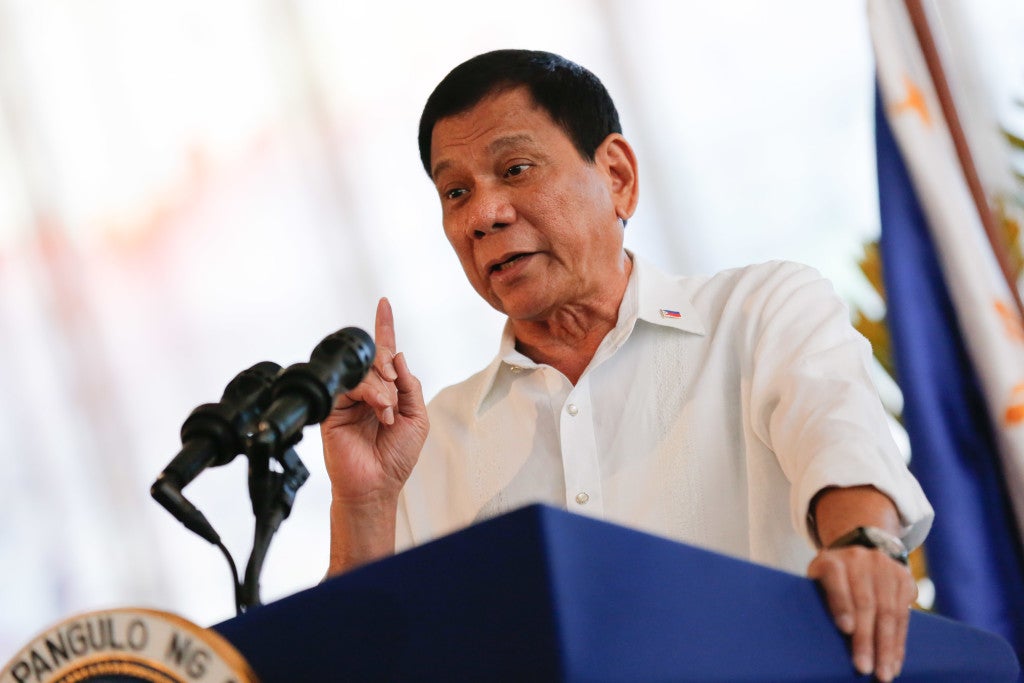 President Rodrigo Duterte reiterates his stand on the country’s shift to adopt an independent foreign policy during his departure speech at NAIA Terminal 2 in Pasay City. The President is scheduled to attend a three-day state visit to Japan on October. 25. TOTO LOZANO/Presidential Photo

MANILA — President Duterte’s reiteration of his “no foreign troops” stance on Tuesday is a “major tectonic shift” in foreign policy that deserves praise and support, according to an activist lawmaker.

Bayan Muna Rep. Carlos Isagani Zarate commended Mr. Duterte on Tuesday for declaring in his speech before leaving for Japan his opposition to the presence of foreign troops in the country — without any exceptions and including those from Japan, which he would visit and which he has acknowledged as among the countries that have poured billions of aid to the Philippines.

In a statement, the Makabayan congressman described Mr. Duterte’s words as “major tectonic shift in our foreign policy” that could “restore our country’s rightful and equal place in the community of nations.”

“This reiteration of no-foreign troops policy in our country is much welcome and should be widely supported,” Zarate said.

In his speech, the President  dismissed talk of the possibility of signing a visiting forces agreement with Japan.

Zarate, a member of Mr. Duterte’s supermajority in the House of Representatives, said the President’s words should lay the basis for the abrogation of the country’s military pacts with the United States, particularly the Visiting Forces Agreement (VFA) and the Enhanced Defense Cooperation Agreement (EDCA).

“The President is right: It’s time to end America’s treatment of us as puppets. We hope that this clear pronouncement of the President will lead to the immediate passage of House Resolutions 422 and 31, which call for the scrapping of VFA and EDCA,” Zarate said.

Earlier this month, Mr. Duterte called for a review of EDCA’s validity.

Zarate said he hoped that this would “ultimately lead soonest to the abrogation of these disadvantageous military executive agreements.”

“The fast-tracking of said twin resolutions show our support to the President’s policy thrust,” he said.

“We have said it before and we will say it again: these extremely onerous military agreements are slaps on our national sovereignty. Abrogating these would be a concrete step to a genuine separation from the interventionist US policy,” said Zarate.

“This abrogation will give more life, spirit and credence to the constitutional edict of pursuing an independent foreign policy, with the interest of the Filipino people and the nation as our primordial
considerations,” he said.

Zarate said nullifying the military agreements with the United States would remove the perception of the Philippines as the former’s vassal state, instead of an ally.

“For the longest time, the Philippines has always been perceived, nay, even treated as a surrogate or vassal state, and, not as an ally of the US, especially in terms of its foreign policy directions. That our past leaders have allowed such treatment is our country’s grave misfortune,” he said. 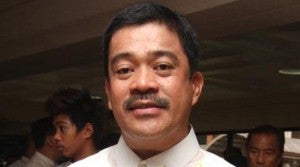 It is within Mr. Duterte’s powers to request the termination of EDCA, per the Supreme Court ruling that it is an executive agreement between the Philippines and the United States, according to Kabataan Rep. Sarah Elago.

“Such [a] move can concretize the President’s pronouncement on breaking military ties with the US,” Elago said.

Signed in April 2014 under the Aquino administration, EDCA allows US troops access to military bases and camps in “agreed locations” in the Philippines.

Elago said the termination of EDCA could trigger a “domino effect” paving the way for the abrogation of other military agreements with the US, including the VFA and the 65-year-old Mutual Defense Treaty.

“The President can start the ball rolling with EDCA. Then the other lopsided agreements will undoubtedly follow suit,” Elago said.  SFM/rga