Duterte to top US diplomat: Stop being malicious 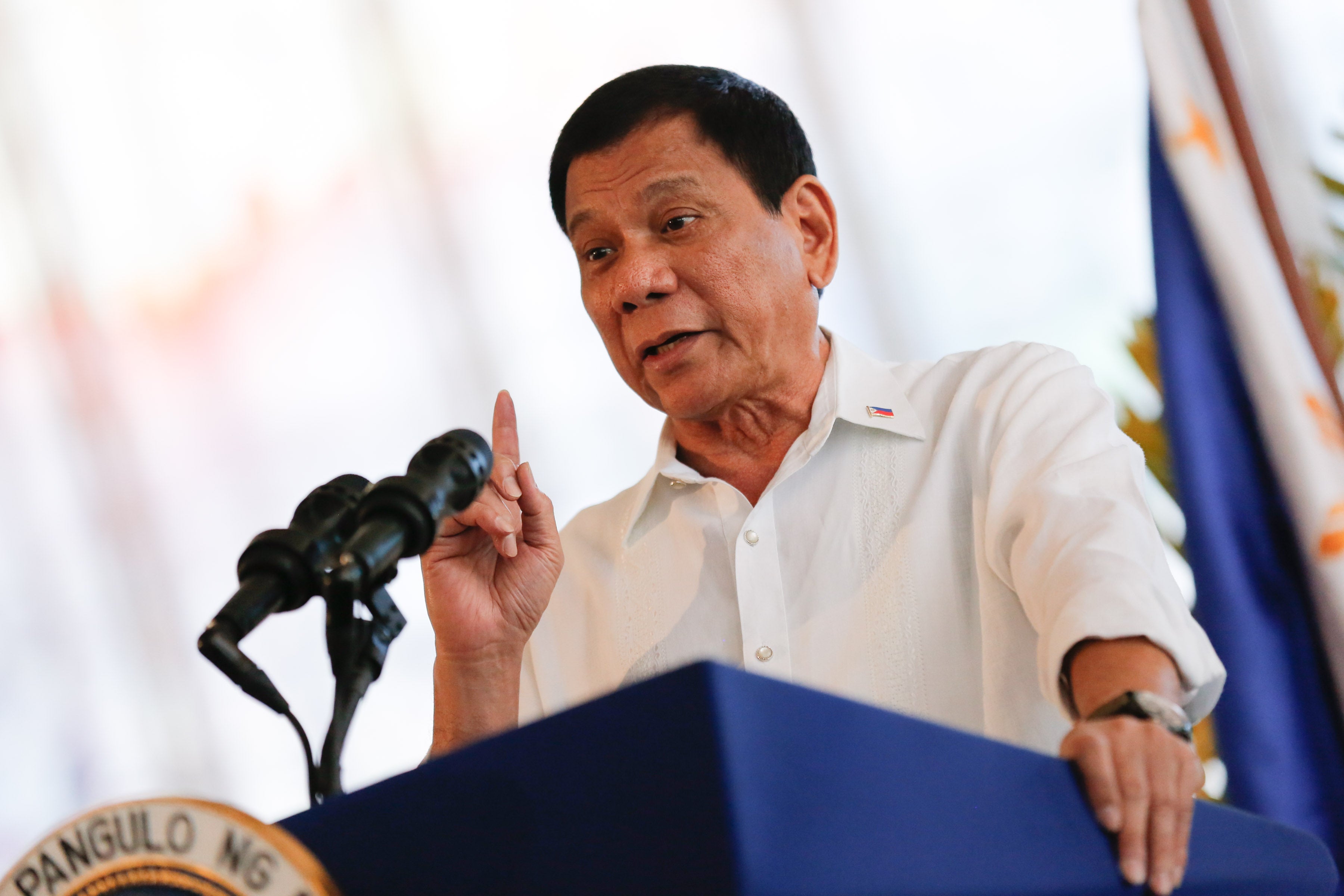 President Rodrigo Duterte reiterates his stand on the country’s shift to adopt an independent foreign policy during his departure speech at NAIA Terminal 2 in Pasay City. The President is scheduled to attend a three-day state visit to Japan on October. 25. TOTO LOZANO/Presidential Photo

President Rodrigo Duterte has that to say to US Assistant Secretary of State for East Asian and Pacific Affair Daniel Russel following his comments that the rapprochement between the Philippines and China should not come at the expense of America.

During his speech at the Ninoy Aquino International Airport (Naia) Terminal 2 on Tuesday before leaving for an official visit to Japan, Duterte showed a copy of the Philippine Daily Inquirer with the banner “Duterte sparking int’l distress-US.”

READ: US: Duterte sparking distress around the world

“Now, what did I tell to China? I went there just being nice. O tingnan mo ang lumabas (Look at what has been published), ‘Duterte sparks International Distress.’ T*** i**. Kaliit-liit kong tao ba’t ka ba mag-stress, nerbiyoso kayo. Kasi guilty (S** of a b****. I’m just a small man, why are you stressed and nervous? Because you’re guilty),” he said.

“Tapos isang comment niya (Then he commented), ‘RP-China rapprochement should not come at the expense of the US.’ Napakabilis ng malisya ng mga g*** (These fools are malicious),” he added.

After his verbal attacks, Duterte turned to a lighter mood and cracked a joke, saying he only talked to China on how to make “siopao” and “chopsuey.”

“Wala kaming pinag-usapan sa China kung hindi paano magluto ng siopao nang maganda pati chopsuey. Eh kung may ibigay ang China eh di pasalamat, eh [pag] wala, eh ‘di huwag (During my visit to China, we only talked about how to cook siopao and chopsuey. If they will give us something, we would be thankful. If not, then never mind),” he said, eliciting laughter from the crowd.

Since he assumed office last June 30, Duterte has displayed antagonism toward US, threatening to cut military and economic ties with the country’s longtime ally.

The US has been critical of Duterte’s brutal crackdown on illegal drugs, saying those killed in his war on drugs may be victims of extrajudicial killings. RAM/rga