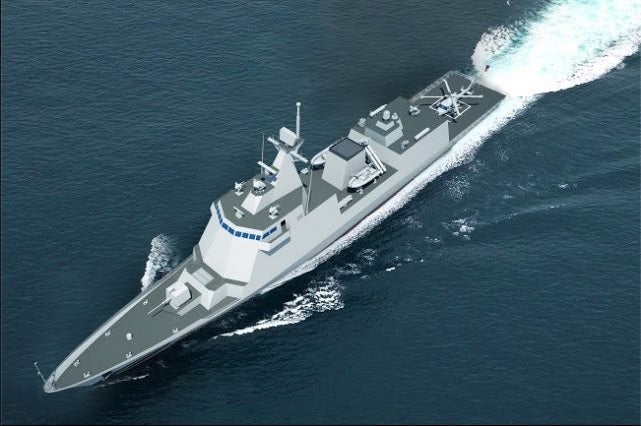 This image released by Hyundai Heavy Industries (HHI) shows a computer mock up of the frigate that it will build for the Philippine Navy, which ordered two of the vessels. The warship will be armed with guns, torpedoes and missiles, HHI said. HYUNDAI HEAVY INDUSTRIES IMAGE

The Philippines has signed a contract with South Korean shipbuilder Hyundai Heavy Industries (HHI) for the building of two new warships in a P15.7-billion deal, the single most expensive project approved by the Duterte administration to date.

In a statement, the Navy said Defense Secretary Delfin Lorenzana led the contract signing on Monday for the construction and delivery of the new frigates. The notice of award was received by HHI last month with the amount of $336,912,000 or equivalent to P15,744,571,584.

The frigates, each displacing 2,600 tons, will be propelled by a combined diesel and diesel system that will give it speeds of up to 25 knots, according to a news release on HHI’s website.

Measuring 107 meters in length, the frigates will be armed with missiles, torpedoes, guns and electronic sensors that will allow it to conduct anti-air, anti-surface and anti-submarine warfare, the HHI release added.

The ships are scheduled to be handed starting 2020. 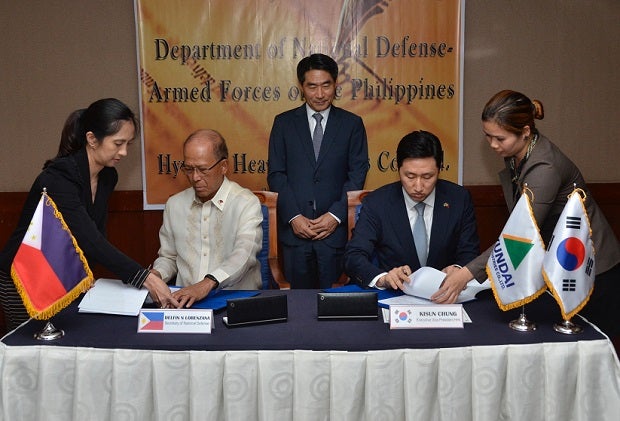 The Navy said the acquisition of the new frigates, its biggest project yet, “marks … its quest to be a strong and credible navy by year 2020.”

“The acquisition of the two brand new and modern frigates serves as a ‘Big Step’ in realizing a once a dream of a world class and well equipped Philippine Navy, capable and credible in protecting its people, and the sovereignty of the land and the interest of its national territory,” the Navy statement read. CBB/rga