US wants to stay in Mindanao — envoy 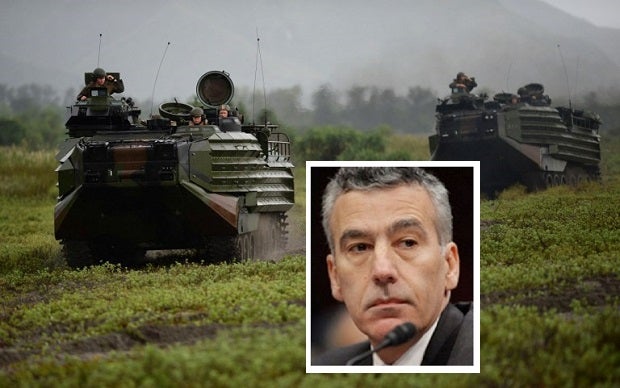 The United States wants to remain involved in the campaign to quell Islamic militancy in the southern Philippines, its ambassador to Manila said Tuesday after President Rodrigo Duterte threatened to kick out American forces.

Ambassador Philip Goldberg said the security threat in the conflict-plagued region was “very serious”, warning the Islamic State of Iraq and Syria (ISIS) was among a number of foreign militant organizations trying to increase its involvement there.

“We’ve helped the Philippines as it has reduced the threat over time,” Goldberg told ABS-CBN television.

“But we are concerned obviously about any new intrusion of ISIS or any other group that wants to take advantage of open space in the south of the Philippines. So we want to continue doing that.”

The United States had deployed from 2002 to 2014 a rotating force of about 600 troops to the southern Philippines to train local soldiers in how to combat Islamic militants.

The presence was scaled down after the United States deemed the militants there had “largely devolved into disorganized groups resorting to criminal undertakings”, according to a US statement in 2014.

Islamic militant attacks spiked after that, most prominently with the homegrown Abu Sayyaf group abducting dozens of foreigners and locals to extort ransoms.

About 100 American troops remain in the south, Goldberg said on Tuesday.

But Duterte, who took office on June 30, has said they are adding to tensions with the Islamic communities in the southern region of Mindanao.

“These US special forces, they have to go in Mindanao,” Duterte said last month.

Duterte, who describes himself as a socialist and part Muslim, has called for their ejection as part of a general effort to dilute his nation’s 70-year alliance with the United States.

Islamic militants have waged a decades-long separatist insurgency in Mindanao that has claimed more than 120,000 lives.

The region is the ancestral homeland of the Muslim minority in the mainly Catholic Philippines.

The major rebel organizations are no longer waging armed struggle, but harder-line splinter groups such as the Abu Sayyaf have remained a threat.

Goldberg warned Jemaah Islamiyah, a Southeast Asian group responsible for the deadly 2002 bombings on the Indonesian resort island of Bali, and other foreigners were in Mindanao.

“This is a very serious issue,” Goldberg said.

“We are not just dealing with Abu Sayyaf but groups from the region like Jemaah Islamiyah. We see increasing efforts from ISIS to become involved.” CBB/rga