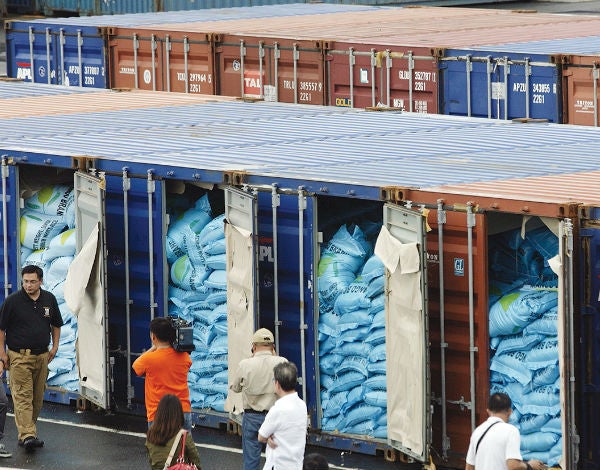 MANILA — The Bureau of Customs intercepted twelve 40-footer (12×40’) containers of imported rice from China with an estimated value of P20 million.

The shipment, which was initially declared to contain leatherette, arrived at the Port of Manila on 20 August.

The inspection has revealed that all containers carry thousands of sacks of rice, but none with the declared material.

The shipment was consigned to RPR International Trading, with business address at Severino Reyes St., Sta. Cruz, Manila. Commissioner Nicanor Faeldon has ordered the suspension of the consignee’s accreditation as importer.

He claimed that this was the first time an importer attempted to smuggle rice of this value into the country via the Port of Manila.

“We’re making sure na hindi sila makakalusot (We are making sure that they will not get away with it),” he said, referring to the smugglers.

Commissioner Faeldon added that he has been considering donating the seized rice to government agencies tasked to distribute relief goods to victims of recent typhoons.  SFM