A milestone: Filipina C130 pilot in command in trans-Pacific flight 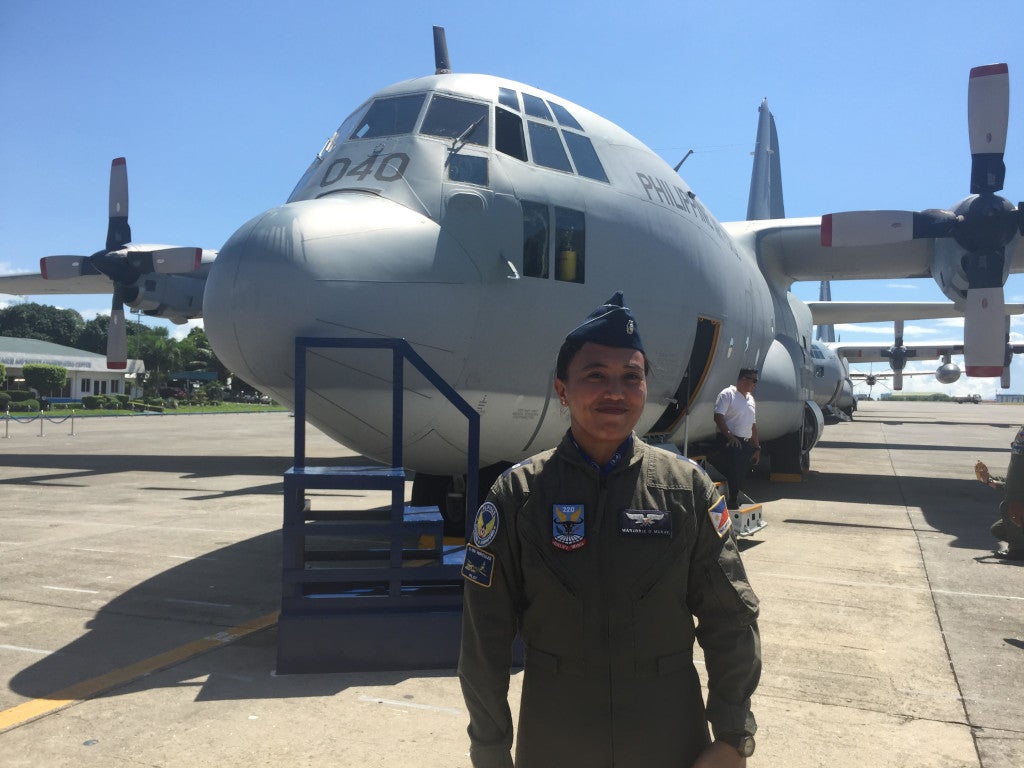 BIG FLIGHT FOR FILIPINO WOMANKIND: Major Marjorie Mukay is the first female pilot-in-command of the C-130 in a transpacific flight. FRANCES MANGOSING/INQUIRER.net

The newly turned over C-130 cargo plane to the Philippine Air Force was flown to the country from the United States with a female pilot-in-command, a first time in the history of the Philippine military.

“I would like to commend the Air Force who flew the aircraft from Tuscon, Arizona all the way to the Philippines. I heard this marked the first time that a woman pilot-in-command of Philippine C-130 flew a trans-Pacific flight. Congratulations to you [Major] Marjorie Mukay, your achievement represents yet another milestone, another step together, another step forward in our long friendship,” outgoing US Ambassador to the Philippines Philip Goldberg said at the turnover ceremony for the C-130 at the Villamor Air Base on Monday.

A pilot-in-command is responsible for safety and operation during flights.

Mukay, a member of the Philippine Military Academy “Sanlingan” Class of 2005, was also the first female to be certified as pilot-in-command for the Philippine Air Force.

“It’s flattering that the command allowed it because meron tayong GAD [Gender and Development], there’s no restriction for females as long as you are qualified you can become a pilot-in-command of any aircraft,” she told reporters.

The GAD in the Armed Forces recognizes gender equality in the workplace.

Mukay said she is usually in Manila where most C-130 flights originate.

“We respond to disaster relief, transport military troops in the country. It can be used to transport construction supplies and troops to Pag-asa Island,” she said.

The C-130 made five stops from Arizona before it landed in Mactan last Oct. 9.

The refurbished C-130 is the second of the two planes bought from the US at P1.6 billion through the Excess Defense Articles program under the previous administration. The first one arrived last April.