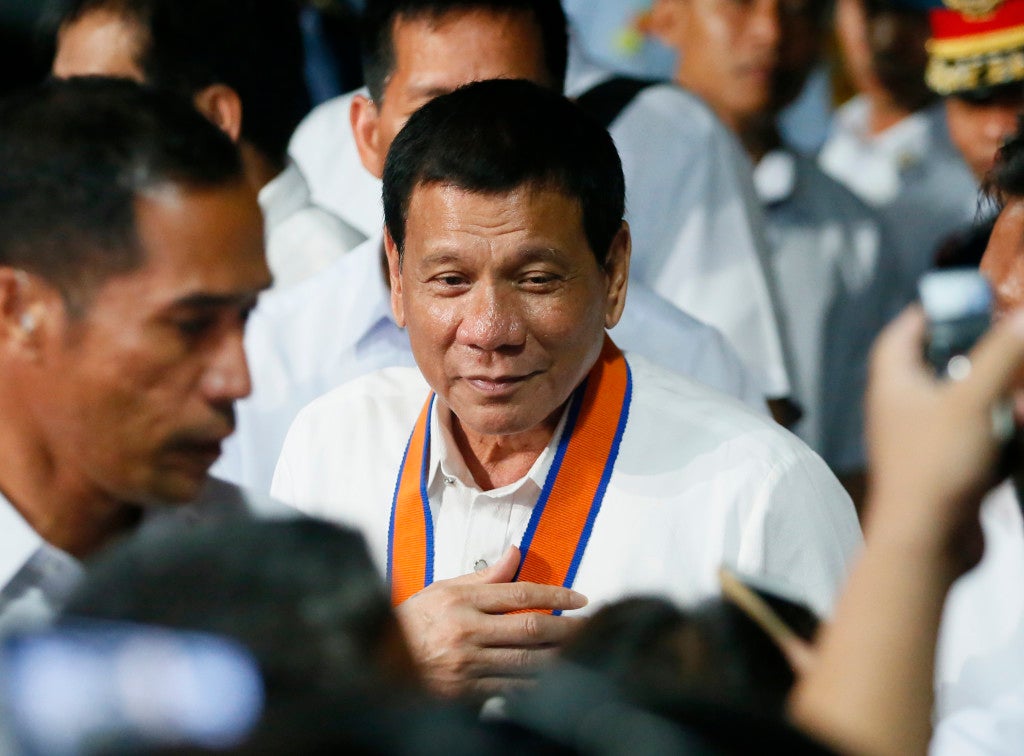 President Rodrigo Duterte said the public should not expect him to ride a jet ski going to the Spratly islands and other disputed areas and plant the Philippine flag there, as he earlier declared in a presidential debate before his electoral victory.

In an interview with Al Jazeera, Duterte said his jet ski remark was just a hyperbole to illustrate his stance that the Philippine government, under his leadership, would not give up any of its claims to disputed territories in the South China Sea.

“It was a hyperbole… You cannot expect me to ride [a jet ski]. I don’t even know how to swim,” Duterte said when asked about his promise. “If it overturns, you lose a president.”

“It was a hyperbole to stress a point that we will not give up anything there. Nobody’s going to give up anything. Nobody in the Constitution allows anybody to give it up, including the President. It’s an entitlement… You can only negotiate to prevent a war. They invited me for talks, and I will go,” he added, referring to his state visit to Beijing.

READ: Duterte willing to be shot at Spratlys to resolve sea row with China

The Philippines sealed a historic win against China before the United Nations-backed arbitral tribunal in The Hague, which invalidated Beijing’s claims to almost all of the resource-rich South China Sea.

Duterte earlier said the Philippines “cannot win” the case of Scarborough or Panatag Shoal, the traditional fishing ground that China seized after a two-month standoff in 2012. The President said he has a “good feeling” the Philippines will be “OK” to China as long as Filipinos do not claim the Panatag.

The Hague court ruled that all claimants can fish at the Panatag Shoal, which does not generate an exclusive economic zone, but China rejected the ruling and drove Filipino fishermen away from the shoal.

Duterte is set to proceed to China on Tuesday from Brunei Darussalam for a state visit. In his speech before leaving for Brunei, Duterte on Sunday said he was looking forward to renew ties of friendship and improve bilateral relations between the two countries amid a maritime dispute.

Foreign Affairs Secretary Perfecto Yasay on Monday said the President will most likely not raise the South China Sea row in his visit. CDG/rga