From Hitler to Jesus to King Arthur

Now I understand why PDI gave Communications Secretary Martin Andanar his own column. The reason is PDI’s own battlecry: “Fearless views.”

For you must admit, it takes a lot of guts to say this about President Duterte (or about anybody else actually):

“There is a character casting a large shadow over our lives. … He is the tough-talking mayor of Davao who forged order out of chaos … He is dauntless. He is unremitting. He is unstoppable.”

In his first column, Andanar said he hoped the space PDI has given him “will allow me to be funny as well.”

How can anyone not be entertained when Andanar describes the president this way: “He is a mellow fellow, an introvert pushed to the brightest stage of the land, a kindly and unassuming man driven by empathy, and a romantic visionary working for what he believes is the best for our people.”

Now as promised, in the spirit of Malacanang’s call for “creative imagination,” I shall translate the intense emotions Secretary Andanar expressed in his most recent column. I also offer some constructive criticism.

This is part of my assignment from the Committee for the Advancement of Creative Imagination and Systematic Institutionalization of Rodrigo’s Aspirations.

Andanar calls Digong “the character that captured the nation’s imagination, the one who now inhabits the global media with dramatic stories relating to his war on drugs.”

There’s just one problem: The character who captivated the global media with dramatic stories of the war on drugs just recently compared himself to Adolf Hitler.

Not exactly a comparison that would win Digong fans around the globe.

So Andanar understandably has been working hard to recast his Tatay Digong based on other more uplifting images.

He tried in his maiden column … and fumbled badly.

Recalling the pride he felt when Digong asked him to join his team, Andanar said: “This must have been how those fishermen at Galilee felt when Jesus walked over and told them to follow him, to be fishers of men. Like the apostles, I obeyed.” 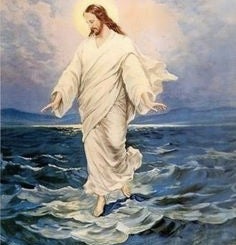 But it’s really a terrible idea to compare a president who inspired a terrifying bloodbath that has killed nearly 4,000 people to the son of God who urged people to love, not kill, your neighbor.

Fortunately, Andanar may have finally found a more appropriate comparison for Digong in his second column.

He talked about Duterte’s penchant for midnight cabinet meetings, and called the president’s midnight Cabinet “the Knights of the Round Table trying to chase sleep away while the chief discusses the ramifications of policies.”

The original Knights of the Round Table, of course, were led by King Arthur, the mythical warrior who defended England by slaying invaders in battle.

Now, that’s a better fit for Digong. Killing people as an act of heroism.

In fact, we at CAC-SIRA believe Andanar could have come up with a better comparison.

After all, King Arthur is a pretty bland, boring figure compared to Digong. And for many young Filipinos, that round table is a pizza joint. 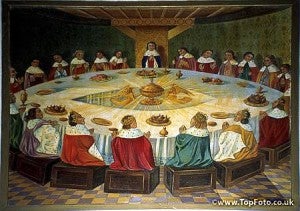 Forget Camelot. How about Westeros and the Game Thrones!

How about Duterte as Jon Snow? Why not? Digong as the dashing warrior who even came back from the dead to defeat his enemies.

How about Duterte as the Night’s King, the leader of the White Walkers, with his ever growing army of dead people who have come back to wage war on the living.

Now that’s a nearly perfect fit. After all, we already have plenty of dead people in the age of Duterte. And their ranks are growing.