‘America has failed us’ 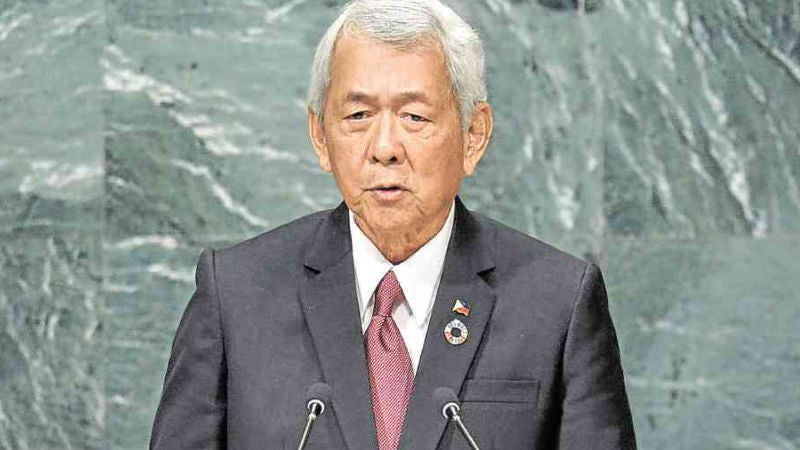 In his strongest remarks yet against the United States, Foreign Secretary Perfecto Yasay Jr. on Wednesday said America’s “carrot and stick” approach toward the Philippines prompted President Duterte to pursue a re-calibrated foreign policy not dependent on the western superpower.

“America has failed us,” Yasay said in a statement posted on the DFA website.

Amid a maritime dispute with China, Yasay lamented that the US, our “only ally,” could not assure the Philippines “it will promptly come to our defense under our existing military treaty and agreements” in its “taking a hard line toward the enforcement of our sovereignty rights under international law.”

“[T]he stark reality is that even in protecting our territorial boundaries and the exclusive use of our maritime entitlements in the South China Sea, our defensive forces remain grossly incapable of meeting the security threats that we face from potential foes, not to mention their stagnating impact on our development,” Yasay said.

Breaking up with America

“Breaking away from the shackling dependency of the Philippines to effectively address both internal and external security threats has become imperative in putting an end to our nation’s subservience to United States interests,” he said.

President Duterte on Tuesday said he would “break up with America” sometime during his term because it continued to criticize the government’s war on drugs.

Earlier, Mr. Duterte said he would explore alliances with and purchase weapons from China and Russia, as he ranted about the international attention being directed at alleged extrajudicial killings and human rights violations in his antidrug campaign. He also threatened to terminate the Enhanced Defense Cooperation Agreement (Edca) with the US and end joint war games.

Yasay said Mr. Duterte was just “trying to liberate us” from the “invisible chains” the US held on to which he said “reined us in towards dependency and submission as little brown brothers not capable of true independence and freedom.”

But on Wednesday he said that veering away from the US was not equivalent to kowtowing to China despite “serious concerns and challenges with the Chinese as we try to engage them in bilateral talks.”

“We will never allow China or any other nation to bully us or deal with Philippine interests under another carrot and stick policy,” he said.