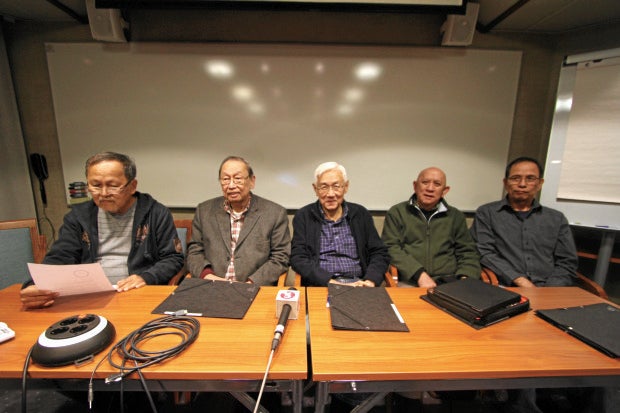 Hours before the second round of talks, Fidel Agcaoili replaces Luis Jalandoni as chairman of the NDFP peace panel. Meanwhile, the peace panel, which was unchanged since 1992, welcomes Benito Tiamzon as its newest member. KARLOS MANLUPIG

Fidel Agcaoili, former vice chair of the National Democratic Front of the Philippines (NDFP) peace panel, has taken over from previous peace panel chairman Luis Jalandoni, who has voluntarily requested to leave his post citing his advanced age.

The rebel leadership “has granted the long-standing request of Comrade Luis G. Jalandoni to resign as the Chairperson of the NDFP negotiating panel,” the NDFP said in a statement.

The NDFP is the political wing of the Communist Party of the Philippines (CPP), which has been fighting a bloody insurgency since 1969 that has left thousands dead. The New People’s Army (NPA) meanwhile is the armed wing of the communist movement.

Jalandoni would serve as a senior adviser to the NDFP panel, similar to the role of CPP founder Jose Maria Sison, a one-time professor of President Duterte.

“I have been asking to resign since 11 years ago. I am 81 now. It’s time  for younger ones to take over the function of chairmanship,” Jalandoni said.

A former priest, Jalandoni has served since the panel’s creation in 1992. He has been in the movement for decades and is married to Coni Ledesma, herself a member of the panel.

Jalandoni said recently freed comrade Benito Tiamzon joins as a new negotiator who “will be giving more strength to the panel with his wide experience and also his deep commitment.”

He said the main challenge was “to get the government to accept the needed the reforms that must be done.”