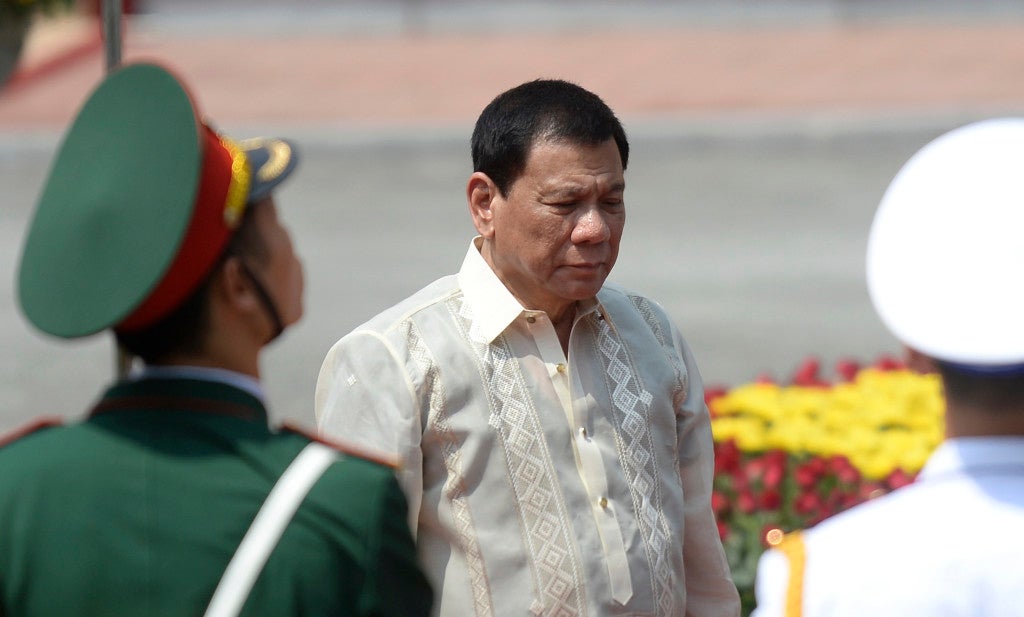 President Rodrigo Duterte reviews an honor guard with his Vietnamese counterpart Tran Dai Quang during a welcome ceremony at the presidential palace in Hanoi, Vietnam, on Sept. 29. AP

The White House is “smart enough” to weigh in on the verbal attacks of President Rodrigo Duterte against the United States, a businessman and economic expert said on Wednesday.

On Tuesday, Duterte launched fresh tirades against US President Barack Obama, saying he could “go to hell.”

“It’s his manner of speaking, right? It’s his expressionism. He doesn’t mean for Obama to go to hell, right? It’s just the way he talks, right?” Peter Wallace told reporters in a Palace briefing.

“I’m not sure that the foreign community will ever be able to understand it but I think people in the US government will, right? I think the people in the White House are smart enough to know that what he’s saying is not what he intends,” he added.

Wallace, an Inquirer columnist, believes Duterte only wanted an “equal partnership” with its allies.

“I don’t see him as trying to divorce himself from America. That would make no sense, right? He’s just trying to establish an equal partnership and that’s a different thing,” he said.

The businessman said the public should not take Duterte’s words literally.

“The way he talks is not the way in which he thinks,” he said.

Wallace said the President only wanted to be “a truly independent country.”

“He wants the Philippines to be on equal footing with others whether they are big or not. He wants just an equal footing,” Abella said.

“It is basically expressing an independent foreign policy that it is not exclusive—that it is inclusive. That we are not to be held down by just one treaty,” he added.

Duterte: I’m no fan of US

On Obama ‘slur’: I never made statement; it’s media spin