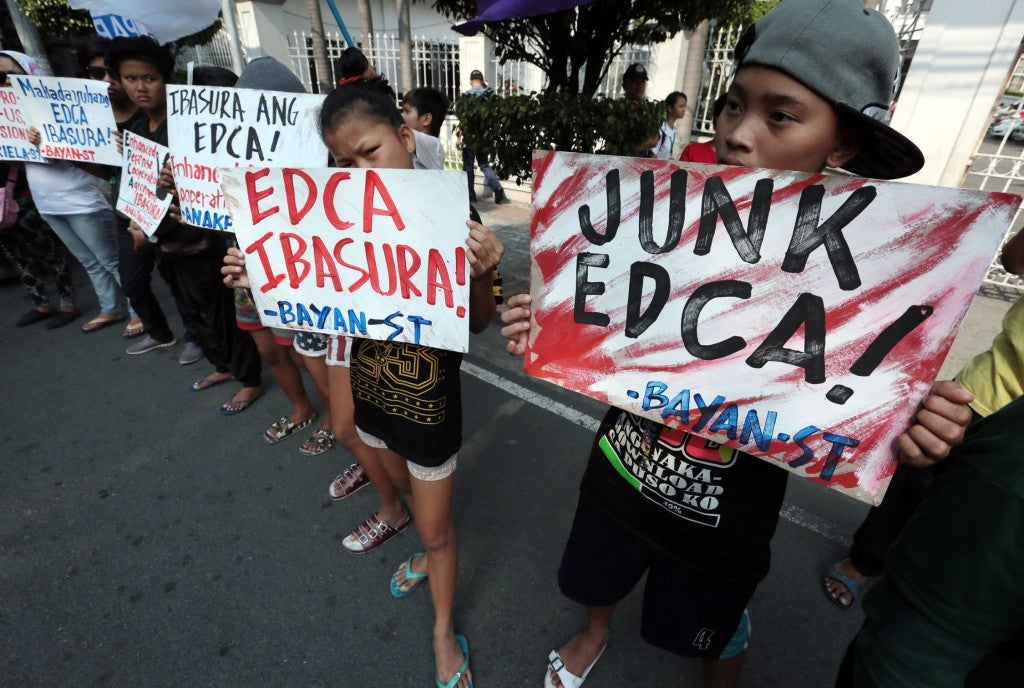 THE presidential legal team is reviewing the Enhanced Defense Cooperation Agreement (Edca) days after President Rodrigo Duterte has threatened to cancel the accord, a Palace official said on Wednesday.

On Sunday, Duterte said the Edca was just an executive agreement not even signed by former president Benigno Aquino III, but only by former defense secretary Voltaire Gazmin.

“Regarding the EDCA needing a President’s signature, I just like to say that the President’s legal team is currently addressing the matter,” Presidential spokesperson Ernesto Abella said in a press briefing.

During his official visit to Vietnam in September, President Duterte said this year’s war games between the Philippines and the United States military troops would be the last.

“You are scheduled to hold war games, which China does not want. I will serve notice to you now that this will be the last military exercise,” he said.

The President has publicly said that he wanted to forge new alliance with China and Russia.

On Tuesday, the Philippines and US held its last war games for the this year amid uncertainties following Duterte’s pronouncements.