Duterte team to visit US, pitch war on drugs as good for business 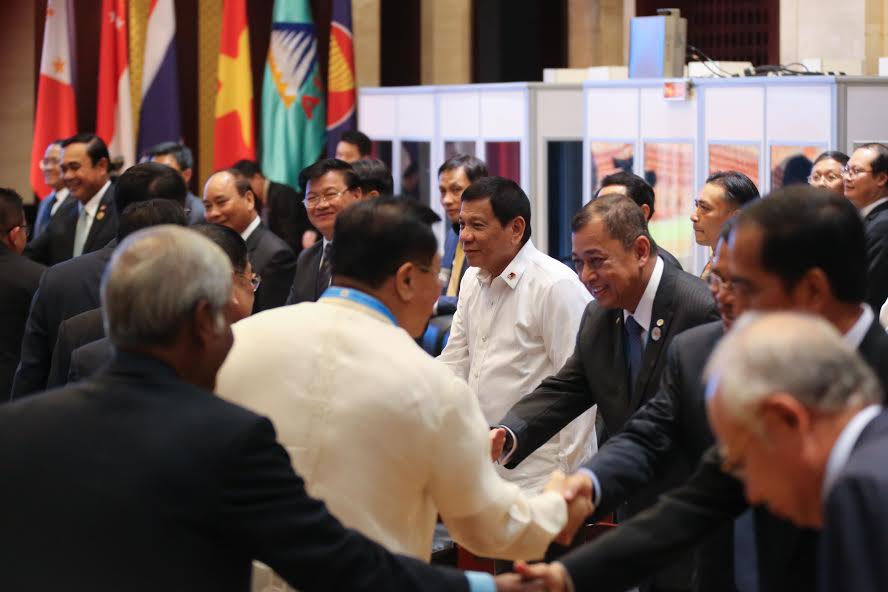 President Rodrigo Roa Duterte, along with other ASEAN heads of states, welcomes the representatives of ASEAN Inter-Parliamentary Assembly at the ASEAN Summit in Vientiane, Laos on September 6. KING RODRIGUEZ/PPD

MANILA — The Duterte administration’s economic team will be in full force in the US this week to convince not only investors but also the international media that the “war on drugs” is ultimately aimed at ensuring peace and order as well as investor confidence in the country.

Pernia, also the director-general of the state planning agency, the National Economic and Development Authority (NEDA), added that the economic team would grant interviews to giant US publications such as the New York Times and the Washington Post to “counter adverse media reports coming out” of the country.

The country’s chief economist said that in his meetings with representatives of debt watcher Moody’s Investors Service and financial giant Goldman Sachs who were in Manila last week, “they were quite surprised or amazed that the situation here is less problematic than portrayed by media.”

Pernia said they would assure investors that “the macroeconomy continues to be robust, and the government is focused on reducing inequality and poverty.”

Pernia will reiterate the Duterte administration’s 10-point socioeconomic agenda in the drive to reduce the country’s poverty incidence to 17 percent by 2022 from 26 percent at present.  He said the the numbered “zero” in the agenda was peace and order.

“The war on drugs is aimed at peace and order,” the NEDA chief said, referring to the administration’s strong anti-illegal drugs stance, said to be the cause of the rising number of extrajudicial killings in recent months.

For Pernia, fostering peace and order “can attract investors,” in addition to improving infrastructure and the investment climate, as well as reducing red tape and corruption. 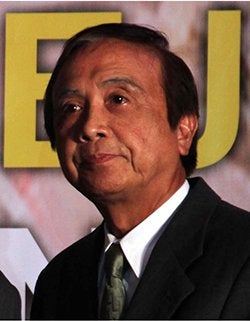 As far as business sentiment is concerned, local businessmen are still “cheering the President on the war on drugs,” according to Pernia.

“Business groups like the Makati Business Club and the Philippine Chamber of Commerce and Industry are not or less concerned” about the issue on extrajudicial killings, Pernia said.

While a number of foreign chambers earlier expressed concerns about the killings, Pernia claimed that “embassies are not concerned, because they keep on coming to talk about possible investments.”

Read Next
US Embassy: No plan to bring back American bases in PH
EDITORS' PICK
Leveling up your ‘lutong bahay’ with the kitchen companion you never knew you needed
Cherry Mobile teams up with Cloud Panda PH, launches online store
Crisis seen in absence of jeepneys in Metro Manila
Gov’t urged to shift public transport system to service contracting
MMDA: Commuters to blame for chaos
WATCH: Mga eskwelahan na ginawang quarantine facility, binigyan ng dalawang linggo para linisin
MOST READ
MMDA to sue, slap P1,000 fine on bike group
MMDA: Commuters to blame for chaos
Calida ‘just the lawyer, not the client’ and must ‘never lose his cool’ – Macalintal
PH walks back, suspends VFA termination ‘upon the President’s instruction’
Don't miss out on the latest news and information.