Duterte: ‘Susmaryosep,’ CIA is planning to kill me 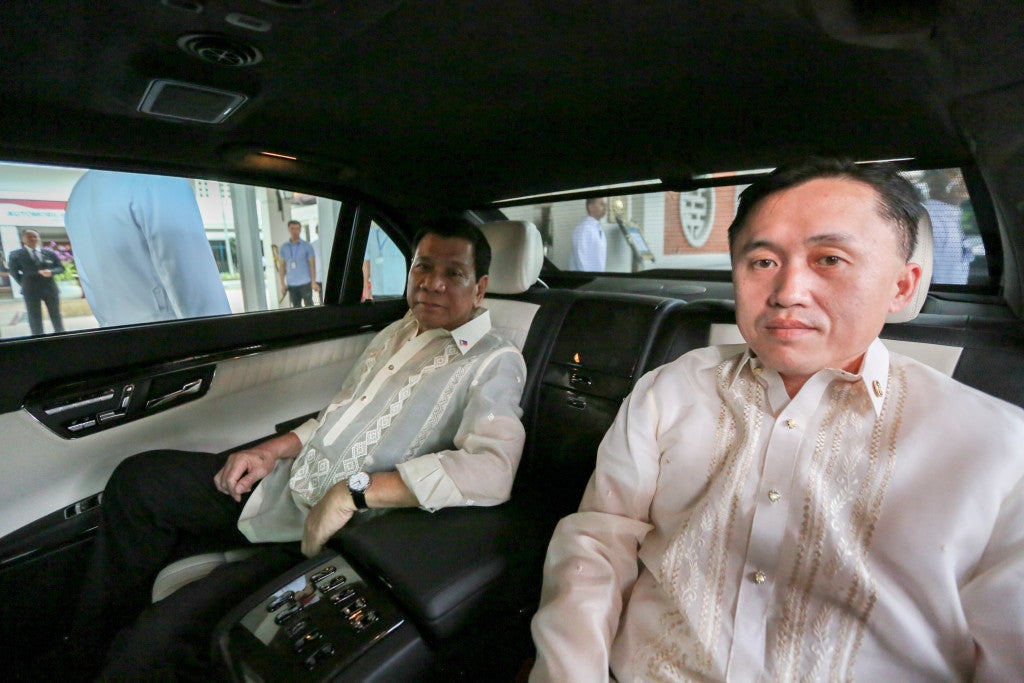 President Rodrigo Duterte is inside an official state car with Special Assistant to the President Christopher Lawrence Go following a meeting at the State Palace in Hanoi, Vietnam on September 29. KING RODRIGUEZ/ Presidential Photo

He made the remarks in his speech before hundreds of Vietnam-based Filipinos on Wednesday night at the Intercontinental Hotel.

He was then discussing how he would not go to war against China over the territorial dispute in the South China Sea.

In the same speech, Duterte promised to end the Philippines’ joint military exercises with the United States.

Early this week, he also claimed that the U.S. disliked him.

Prior to mentioning the alleged threat from the American intelligence agency, the President said he will not abandon the arbitral tribunal’s ruling which favored the Philippines’ claims over the West Philippine Sea.

“There will always be a time to reckon the thing with. When that time comes, sabihin ko sa China, ‘ito ‘yung amin. I will talk to you but I will not go out of the four corners of this paper.’ Pero it is not the time to die,” he said.

Duterte then added that he will not send his soldiers to war and be massacred in a battleground like Palawan.

He then claimed receiving reports that the CIA wants him dead.

Duterte then joked that he would ask the intelligence agency to give him more time to get used to being the Philippine president.

“Until now I cannot even believe that I am the mayor. Bigyan mo muna ako ng panahon mag-isip bilang presidente,” he said before jumping to another topic. TVJ