Estrada backs Duterte: US, UN should not meddle with PH affairs 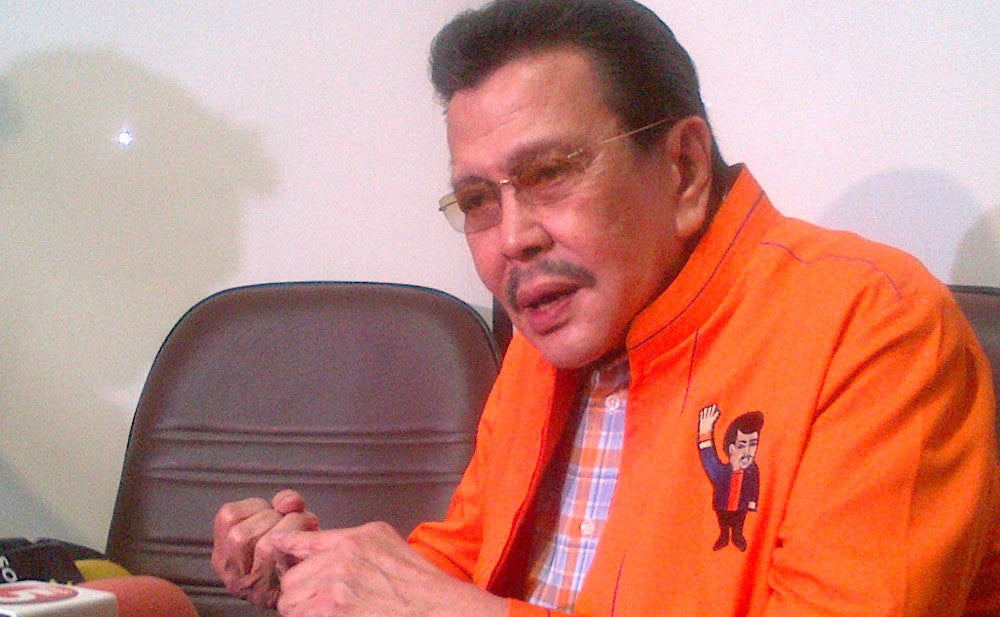 As the Duterte administration’s bloody war on drugs continues to attract global attention, former President and now Manila Mayor Joseph Estrada echoed the government’s stance that other countries and international bodies should not interfere with the Philippines’ internal affairs.

“’Wag tayong sumunod sa kanila (Let’s not follow them),” he added, referring to the United States and the United Nations. “Eh problema natin ito eh (This is our problem).”

Estrada made the comment days after Philippine Foreign Secretary Perfecto Yasay told the UN General Assembly not to interfere in the Duterte administration’s antidrug campaign, as he reiterated the government’s commitment in upholding human rights and international norms.

President Rodrigo Duterte said he would allow the UN, the US, and the European Union to come to the country and investigate the spate of suspected extrajudicial killings, provided that they will adhere to Philippine laws and be asked in return about their share of human rights abuses.

Estrada said Duterte was on the “right track” in his fight against illegal drugs, criminality, and terrorism, commending the longtime Davao mayor for “working hard” to solve the decades-long insurgency in Mindanao.

(We need peace; without this, we won’t have progress. Our President  is doing the right thing… Any country, city, or nation will not have progress if there’s no peace.)

(That’s why Mindanao is still in disarray, Mindanao isn’t advancing because of the continuous shooting, kidnapping, all kinds of problems; tourism is waning, tourists don’t want to go there because they’re scared.)

The mayor said Duterte “knows what he is doing” by prioritizing peace and order, which he said was vital in keeping the Philippine economy afloat.

The Philippine peso, however, plunged to a seven-year low on Monday due to the Duterte administration’s policy uncertainties and a potential rate increase in the United States.

As of Sept. 22, the Inquirer’s “Kill List” notes 1,074 drug-related deaths since June 30 or after Duterte took office. JE/rga