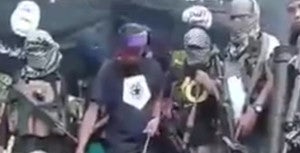 ZAMBOANGA CITY – Soldiers on Tuesday killed two suspected Abu Sayyaf members who were said to be involved in the recent kidnappings of Malaysian and Indonesian seamen, during an operation in Pata town in Sulu.

Maj. Filemon Tan Jr., the spokesperson of the military’s Western Mindanao Command, said soldiers conducting operations against the Abu Sayyaf on Tambulian Island caught up with the brothers Nixon and Brown Muktadil and killed them both in the process.

“The Muktadil brothers were involved in the series of kidnappings victimizing 26 Indonesians and Malaysians on high seas in the boundaries of Malaysia, Indonesia, and the Philippines,” Tan said.

He said the deaths of the Muktadil brothers served as a major blow to the group of Abu Sayyaf sub-leader Alhabsy Misaya because the siblings served as sea guides and navigators during the group’s conduct of high seas kidnappings.  SFM/rga