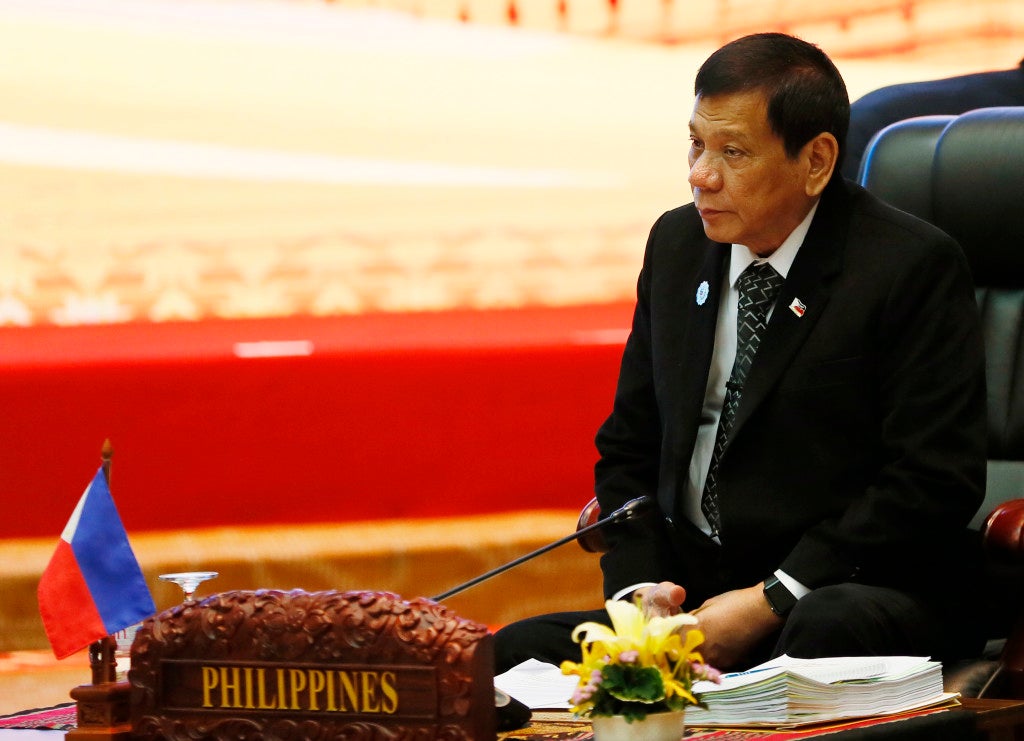 President Rodrigo on Monday renewed his call on international observers to investigate suspected extrajudicial killings in the country amid the administration’s relentless war on drugs, but reiterated a condition.

Duterte said anyone who would conduct a probe into his drug war and the spate of killings in the country should adhere to Philippine laws.

“I am inviting everyone who wants to know about the extrajudicial killings issue… Investigate me, but let us follow Philippine jurisdictional requirements,” Duterte said before the oath-taking of Malacañang Press Corps officials.

“I will submit to any investigation. I will show them Philippine penal laws and the Constitution… If there’s no offense stated in our laws, then no country can say it’s a crime,” he added.

Duterte admitted that there are indeed extrajudicial killings in the country, but noted that they were not sanctioned by the government.

“My government is not in the business of making mummies,” the President said, referring to the manner the victims’ bodies were wrapped with packaging tapes before being dumped on the streets.

“In the search for truth, no holds barred ‘yan,” he said, proposing  an “open” investigation of the killings.

Duterte earlier invited United Nations Chief Ban Ki-Moon, the European Union, and US President Barack Obama to come to the country and look into alleged summary executions inspired by his bloody crackdown on drugs. But the President said international parties should also answer questions from him in an “open forum.”

Duterte threatened the UN and EU not to raise the issue of extrajudicial killings against him, or he would also investigate them for their share of rights violations.

“To all of you, EU, Obama, pinupusta ko buhay ko, honor, pati pagka-presidente. Deep down, I know na  ako lang makasolba nito,” Duterte said. “Huwag nila akong takutin sa extrajudicial killing or else I will also demand that US and EU be investigated alongside with me. They have committed far more injustices.”

(To all of you, EU, Obama, I will stake my life, honor, even my presidency. Deep down, I know I’m the only one who can solve this. Don’t intimidate me on the extrajudicial killings or else I will also demand that US and EU be investigated alongside with me. They have committed far more injustices.)

“Ladies and gentlemen of the Republic of the Philippines, our problem now is not my mouth. It’s drugs,” he added.

In his speech before the UN General Assembly, Philippine Foreign Affairs Secretary Perfecto Yasay told the international body not to interfere in the Duterte administration’s war on drugs, as he reiterated the government’s commitment to human rights.

As of Sept. 22, the Inquirer’s “Kill List” notes 1,074 drug-related deaths since June 30 or after President Duterte took office. JE/rga

Philippines at UN tells world not to interfere

Yasay to UN: Duterte admin’s war on drugs has been misunderstood