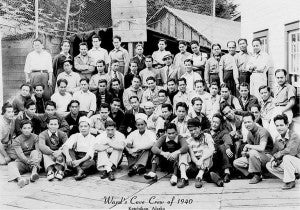 CHICAGO— A Filipino American lawyers’ group will reenact a landmark Filipino and Alaskan salmon cannery workers’ workplace discrimination case that was argued before the U.S. Supreme Court in 1989 and led to amendments in Title VII of the Civil Rights Act of 1991.

The script draws on actual transcripts from court proceedings and will be dramatized by an ensemble of law students, community leaders, and distinguished members of the judiciary.

Additionally, the program will feature insights from an original plaintiff in one of the companion cases to the Wards Cove litigation.

Cannery jobs were filled predominantly by non-whites: Filipinos and Alaska Natives. The Filipinos were hired through, and dispatched by, Local 37 of the International Longshoremen’s and Warehousemen’s Union pursuant to a hiring hall agreement with the local. The Alaska Natives primarily resided in villages near the remote cannery locations.

U.S. Supreme Court Justice Byron White in his 1989 majority opinion wrote, “[it is] an unfair employment practice for an employer to discriminate against any individual with respect to hiring or the terms and condition of employment because of such individual’s race, color, religion, sex, or national origin; (O)r to limit, segregate, or classify his employees in ways that would adversely affect any employee because of the employee’s race, color, religion, sex, or national origin.”

Attendance is complimentary but space is limited. Advance registration is required via HTTP//WardsCove.Eventbrite.com. Light refreshment will be provided. Continuing Law Education credit is available. Reception starts at 5:30 pm and program at 6:30 pm.