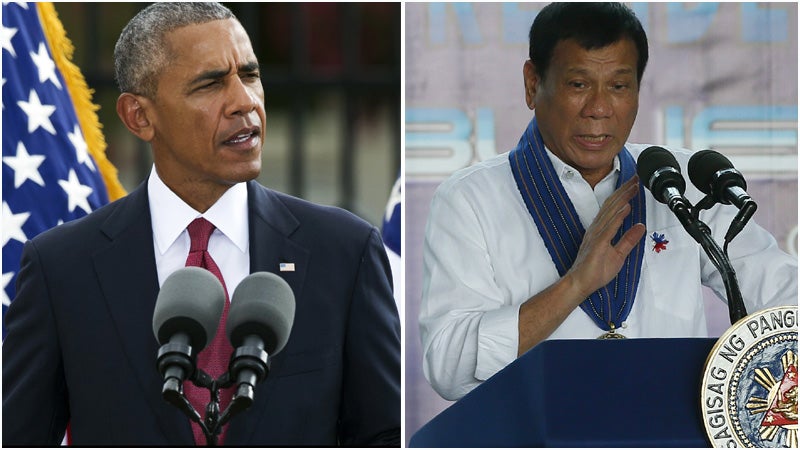 MANILA, Philippines—The US-Philippines alliance will “endure and remain strong” because of the two countries’ long-standing relations and US President Barack Obama is “committed to work effectively” with the Philippines to advance the shared interests and concerns of the two countries in his last four months in office, a US official said Wednesday.

“Let me say that the Philippines Foreign Minister and its defense ministry have issued statements… affirming the importance of the closeness of the alliance,” said Nina Hachigian, the US ambassador to the Association of Southeast Asian Nations (Asean).

READ: US committed to work with PH

“We have a wide range of shared concerns and shared interests with the Philippines, and we’ve been able to work effectively together to advance those interests and Mr. Obama has committed to doing that in the four months remaining,” Hachigian said in a telephonic press conference with journalists.

When asked about President Rodrigo Duterte’s directive that the Philippine military will not conduct any joint maritime patrols with its allies in the South China Sea, Hachigian referred the reporters to the US and Philippine defense departments for comment.

However, she also said that “the new administration, we are currently beginning to have meetings and discuss our shared priorities and programs.”

The US and Asean are set to have an informal meeting in Hawaii later this month.

The Philippines has not conducted any joint maritime patrol in the disputed South China Sea but has had continuing joint military exercises with the US military during the regular “Balikatan” (shoulder to shoulder) exercises.

Former Magdalo partylist Rep. Ashley Acedillo told the Inquirer by phone that the forthcoming meetings and discussions between the US and the Philippines are likely “diplomatic speak for revisiting our relationship.”

“Like anything in the world, our relationship has its ups and downs. And today is a period of down in our relations,” Acedillo said.

Acedillo also explained that joint maritime exercises are conducted only in “limited areas, not straying too far away from friendly line.”

On the other hand, a joint patrol includes the operational area and goes beyond the 12 nautical mile territorial area such as the exclusive economic zone and international waters, he said.

“As far as I know, we have not yet conducted any joint maritime patrols with the US,” Acedillo said.

As for Duterte’s announcement he wanted the US Special Forces to leave Mindanao, Hachigian said Washington has yet to receive an official request for such from the Philippine government.

READ: US: No formal request from Philippines to remove military

“The US military presence in the Philippines is at the request of the leaders of that country and we will continue to consult closely with our Filipino partners to appropriately tailor the assistance to whatever approach the new administration adopts. We received no official request,” she said. RAM